William playfair was born in 1759, the restless fourth son of a Scottish minister. As a young man he worked as personal assistant to the celebrated engineer James Watt–for whom the unit of power is named–then went on to pursue numerous professions, with widely varying degrees of success, among them draftsmanship, accounting, engineering, economics, silversmithing, land speculation, journalism and extortion. He died in poverty.

But along the way, and without much fanfare, he more or less single-handedly founded the field of statistical graphics by inventing the bar chart, line graph and pie chart. In 1786 Playfair published a book titled The Commercial and Political Atlas: Representing, by Means of Stained Copper-Plate Charts, the Progress of the Commerce, Revenues, Expenditure and Debts of England During the Whole of the Eighteenth Century. It leads off with a graph of England’s imports and exports, over time, in millions of pounds, which would not look wildly out of place in the pages of this magazine. Playfair was, in his own words, “the first who applied the principles of geometry to matters of Finance.”

He was born too soon: if he were alive now, Playfair would probably be living high on the hog as chief data officer at a hot Silicon Valley startup. He was among the first to react to an invisible but seismic shift in the world around us, a silent tipping over, from a state of information scarcity to one of information surplus. When humans first evolved, food was scarce; now we’re suffering from an epidemic of obesity. In much the same way, we’ve gone from a world where information was hard to find to one where it’s everywhere, in staggering quantities. Eric Schmidt, former CEO of Google, once estimated that every two days humanity creates a quantity of data equivalent to the entire amount created from the dawn of time up until 2003. And he said that five years ago. Cognitively, we’re not evolved to handle this.

Estimating the total size of humanity’s data hoard, on which we luxuriate like the dragon Smaug on his gold, is a popular hobby among technologists. The exact numbers vary, but what they have in common is that they’re numbingly large. Just think about your smartphone: it’s a communications device, yes, but it’s also a tool for transmuting the world around you into data. You see something, you take a photo or video of it, then you upload it into the cloud, and it lives there forever as bits and bytes. Every day humanity tweets 500 million times, shares 70 million photos on Instagram and watches 4 billion videos on Facebook. For every minute that passes, we upload 300 hours of new content to YouTube.

And it’s not just people. There’s a relatively new phenomenon at work known as the Internet of Things, meaning the global network of objects–cars, Coke machines, glasses, pacemakers–outfitted with sensors and transmitters that communicate with the cloud and one another. These objects leave trails in the digital world the same way people do. A 2014 study by the market-research firm IDC estimated that the world of digital data would grow by a factor of 10 from 2013 to 2020, to 44 trillion gigabytes, or 44 zettabytes. At which point our stock of numerical prefixes will have to expand too.

We’re rich in data–but the returns are diminishing rapidly, because after a certain point the more information you have, the harder it becomes to extract meaning from it. Ironically, an excess of information resists analysis and comprehension in much the same way a lack of it does. As a result, the more that new technology floods our world with complex information, the more we end up calling on a much older field of human endeavor, one that has always been devoted to making complexity comprehensible and extracting meaning from chaos, namely, art. Particularly the visual arts.

As Playfair discovered, past a certain threshold the best way to extract meaning from data is to make it visible. Consider all the photos on Instagram. Last year CUNY professor Lev Manovich conducted a visual analysis of 120,000 of them drawn from five cities: New York, São Paulo, Berlin, Bangkok and Moscow. He and his team culled all the selfies from the group, then estimated the age and gender of the person in each selfie. Then they ran facial-analysis algorithms on the images and performed statistical analysis on all those data and plotted them on a collection of interactive graphs at selfiecity.net.

The result: those meaningless data now mean something. You can browse by city, gender, mood, head tilt, glasses or no glasses, eyes open or shut. You can ask questions: Who takes more selfies, men or women? (Women.) Where do people smile the most? (Bangkok.) Where are older people taking selfies? (New York.) And so on.

If you think of data visualization as the flood wall that stands between us and the vast ocean of information, the pressure behind that wall is always rising as more and more data accumulate, and as it rises it changes the way visualizations look and act in ways not even Playfair anticipated. Visualizations are evolving from the analysis and representation of static data sets to ever changing images of data that arrive constantly, in real time. At the website Bostonography you can look down from a godlike height and see a map showing the locations of all of Boston’s buses, color-coded according to their current speed. Crimemapping.com shows the locations of crimes as they’re reported, in real time, represented by different jolly icons depending on the nature of the crime. At fbomb.co you can watch a real-time global map of where, when and how people are saying “f-ck” on Twitter. It’s surprisingly relaxing.

For a beautiful, gratuitous demonstration of the sheer richness of the data that now lie under every rock, look up a visualization called NYC Taxis: A Day in the Life. A hacker named Chris Whong took 50 GB of New York City taxi data–obtained under the Freedom of Information Law from the taxi and limousine commission–and used it to map the movements and earnings of random taxis on a single day in 2013. Choose one: you can watch it in speeded-up time (or in real time, if you have that much of it) as it threads its way through Manhattan streets, leaving a cobalt blue line behind it like a benevolent, hardworking Pac-Man.

They’re not all as frivolous as that. One project launched on April 30 on Kickstarter will pull campaign-finance data from OpenSecrets and automatically graph it multiple ways to show simply and clearly which politicians are getting what money and from whom. It’s the necessary next step beyond transparency: not just releasing information but releasing the meaning of that information. One of the most striking and radical experiments in data graphics this year, by a documentarian and data expert named Neil Halloran, is called simply “The Fallen of World War II.” It uses charts and graphs to tell a story: it takes us through the war and the Holocaust using almost exclusively abstract visualizations that represent the many millions of deaths they caused.

There’s a moment about six minutes in when the camera pans dramatically up a towering bar that represents Russian military deaths, 8.7 million of them. At first its height appears grotesquely improbable. Then, as the camera pans back, it slowly, inexorably takes its place in the grim landscape of the vast tragedy. The medium’s dispassionate feel, dry to the touch, somehow makes the losses more stark.

In the pages that follow, you’ll see this same magic trick repeated over and over again: abstract data, inert in themselves, are turned into art, and in that form they make us feel things and tell us things: Where’s the safest place to sit on an airplane? Why did frenemy become a word? Are you hurting the planet? We live in a moment when humanity is being exposed to quantities of data that Playfair would have found incomprehensible. We find them incomprehensible too, and they’re in danger of making our own world incomprehensible to us. But it doesn’t have to be that way. Information doesn’t just want to be free. It wants to be visible too. 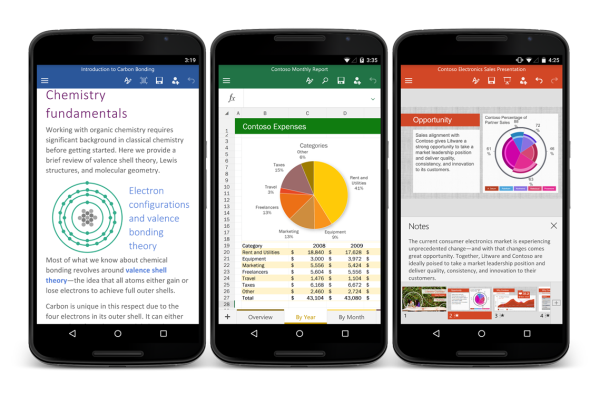