Perhaps no rising electronic duo has had quite the last few years like Guy and Howard Lawrence, the brothers out of Surrey, England who record as Disclosure. Since the release of their 2013 Grammy-nominated album, Settle, they’ve toured globally, headlined festivals, and dominated clubs and pop radio with tracks like “Latch,” featuring Grammy-winning singer Sam Smith and “F For You,” which they remixed with Mary J. Blige. Not bad for a pair of dudes who are only in their early twenties. (At the moment, Guy is 24-years-old, Howard is 21.)

They’re returning this September with one of the fall’s most anticipated albums, Caracal. But even with all the hype, they didn’t feel pressure to make Settle 2.0. “We got bought a lot of time by ‘Latch’ actually,” Howard tells EW. “We wrote it over three years ago now and it only really got [to the U.S.] last year. So we didn’t feel too rushed—I feel that’s often a thing with second albums. [And] I didn’t feel much pressure in terms of having to top the last record or anything. I just felt like we had to make the best one we can. And we’ve both gotten better at making music.”

For this record, due September 25, Guy and Howard say they’ve gone beyond the classic sounds of ’80s and ’90s house and British two-step music. “Disclosure is a vibe and a sound, not a BPM,” says Guy. In fact, the songwriting process, which included frequent-collaborator Jimmy Napes on most tracks, was pretty old-fashioned.

“For most of this record it’s been me, Guy, and Jimmy [Napes], and ‘insert singer here’ and we just sit around a piano,” says Howard. “There’s a rubbish, old piano in our studio, and we write chords and then write some melodies and all just talk about lyrics and ideas and sit in there for a couple of days.” Adds Guy, “It’s very traditional way of writing songs. We could do it at home. I’ll sit in the corner making a rough beat and getting all the sounds I think we’re going to use ready. And then Jimmy and Howard will be making chords. Someone will think about a theme of a subject we want to talk about. It all comes together that way—and if it doesn’t come together quickly, it usually never will.”

Disclosure tapped a varied roster of singers for tracks on Settle, including Smith, AlunaGeorge, Edward MacFarlane, and Jessie Ware. And they’re calling on friends once again for Caracal. So far they’ve announced Gregory Porter (featured on the first single, “Holding On”), Nao, Lion Babe, Kwabs and, to much fanfare, Smith—who’s been recuperating after undergoing vocal surgery in early May.

“It just would have felt wrong to not have him on the record,” says Howard. “We speak to Sam everyday. He’s our best mate. And he’s the best singer in the world. Why would we not put him on the record?” Guy and Howard add that they didn’t feel any pressure to replicate “Latch,” either. “If you put me, Sam and Guy in a room, we’ll make a tune,” says Howard. Adds Guy, “When we got off tour for the first one it was like ‘Let’s at least take a couple months off.’ By the end of the second month, I was just at home making music—it’s what I do to relax.”

Considering how high Smith’s profile has been raised since he dominated the Grammys this year, the Lawrence Brothers say the sessions weren’t insanely top secret. “I mean, we walked to lunch right after [recording],” Howard says. “Sam’s the same as us. He doesn’t take all that stuff too seriously. We were in another session and went to lunch and the guy over the counter asked for a photo and Sam said yes, but then he was like, ‘Can I just use your phone to do my hair?’ And then he stood there, just doing his hair.”

Once Caracal lands, Disclosure will hit the States for a string of dates, including a headlining slot at Madison Square Garden in New York City. And fans can expect the duo to blow the roof off of Gotham’s hallowed venue. “It’s gonna be crazy,” says Guy. “We’ve actually been to Madison Square Garden when we came out at Sam Smith’s show and it was amazing. So we’ve got the vibe. And we’ve got a new show: new songs, new lights, new screens, new instruments. It’s going to be amazing.” 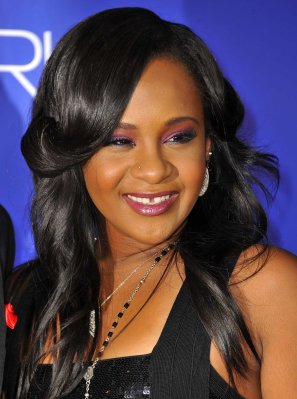