The Straight Talk Express Gets a Few More Passengers

The Straight Talk express bus during Senator John McCain's(R-AZ) visit to a polling booth during the "Straight Talk Express" campaign for the Republican nomination in Nashua, New Hampshire on January 8, 2007.
NBC NewsWire via Getty Images
By Alex Altman and Zeke J Miller

It takes a savvy politician to run for president by telling people what they don’t want to hear—or perhaps a crazy one. Yet here was Lindsey Graham, South Carolina’s senior senator, shuffling into the state capitol June 22 to advocate the removal of the Confederate flag. Graham’s nascent presidential campaign depends on winning the Palmetto State — where six in 10 voters oppose the relocation of the rebel emblem.

But it wasn’t the first time Graham, who supports comprehensive immigration reform and climate science, has put conscience ahead of his constituents. And he’s hardly the only candidate risking the repercussions of defying the party base as the race for the White House ramps up.

The maverick style has gone mainstream. Fifteen years after John McCain tried to ride the Straight Talk Express to the GOP nomination, the truth-telling persona has become as much a fixture of presidential campaigning as the flag pin. And in the 2016 Republican primary, more candidates than ever before are betting that a base-bucking approach will pay off with voters sick of the quadrennial presidential pander.

“You have to understand,” Kasich explained to TIME in a recent interview, “the Republican Party is my vehicle, and not my master.”

All this is a stark change from the 2012 campaign, when the GOP field was desperate to indulge the activist base that seemed to hold the keys to the White House. The rush to the right often manifested in ways that were embarrassing or ugly. There was the debate where nearly the entire field pledged to veto a 10-to-1 deal of spending cuts for new tax revenue—a pact most sensible conservatives would snap up in a second. There was the collective unwillingness to call out conservative radio host Rush Limbaugh’s ad hominem attack against women’s rights’ activist Sandra Fluke. There was the forum in Florida where the candidates stood idly by as a gay soldier was booed on live television.

Yet four years later, the number of candidates eager to establish their independence exceeds the number who are purely focused on pleasing the base. “Voters are looking for leaders who treat them like adults and tell them the truth,” says Mike DuHaime, Christie’s chief strategist. “They are rejecting politicians who tell everyone what they want to hear and speak only in cautious focus-grouped terms.”

In some ways, the tell-it-like-it-is caucus is responding to Americans’ well-documented dissatisfaction with the nation’s institutions—and especially its elected officials.

“Folks hate Washington, D.C.; its policies, its politics, its attitude,” adds New Hampshire-based GOP strategist Dave Carney. “We thirst for someone to treat us as adults, and be straight with us about the problems and challenges we face as a nation.”

But that’s not the only reason why Ted Cruz, whose Oval Office aspirations may hinge on winning the Iowa caucuses, called for an end to the ethanol subsidies that have long fattened local interests. Or why Bush told the Wall Street Journal last December that the next GOP nominee must be willing to “lose the primary to win the general without violating your principles.”

“Folks will tell you in politics, ‘don’t talk about that subject,’” Christie said in New Hampshire this month, in a reference to raising the retirement age. “They call it the third rail of American politics. They say, ‘don’t touch it.’ So we’re not going to touch it. We’re going to hug it.”

The maverick shtick is popular because it can be good politics. Each of these campaigns has mapped their paths to the White House through New Hampshire, where style has always been as prized as substance. They know that truth-telling can be a recipe for media attention, and that presenting one’s self as an agent of change can help establish a niche in a crowded field.

Their numbers are also growing as a side effect of new rules put in place after the 2012 race to shorten the primary calendar and limit the number of televised debates. The guidelines, imposed by the Republican National Committee to limit the damage inflicted on the eventual nominee, have had the unexpected effect of nationalizing the race. With more states voting early on, contests in places like Iowa and South Carolina become less vital to a candidate’s chances. That saps the power of hardcore activists and hands more influence to moderate voters in bigger, more diverse states. And with national polling being the standard to get on stage at the all-important televised debates, candidates have to define themselves more. “Loud doesn’t mean a lot,” Graham says.

The would-be mavericks are also responding to a well-documented hunger for a virtuous statesman, as embodied by the cinematic archetypes of Frank Capra’s Mr. Smith or Aaron Sorkin’s Jed Barlet. Or even the real-life McCain, whose bull-shooting sessions with the press on the back of his bus are the stuff of political legend.

Still, it’s a safe bet that political calculations will ultimately trump conscience. Graham’s good friend McCain pandered on the Confederate flag in his 2000 campaign and tapped Sarah Palin as his running mate in 2008 when he needed to galvanize the base. And candidates of all stripes can cast the same old red-meat as telling uncomfortable truths that somehow only discomfort the other party.

“It remains to be seen,” Schmidt says, “whether we’re going to have truth-telling candidates rather than candidates using ‘truth-telling’ as a prop.” 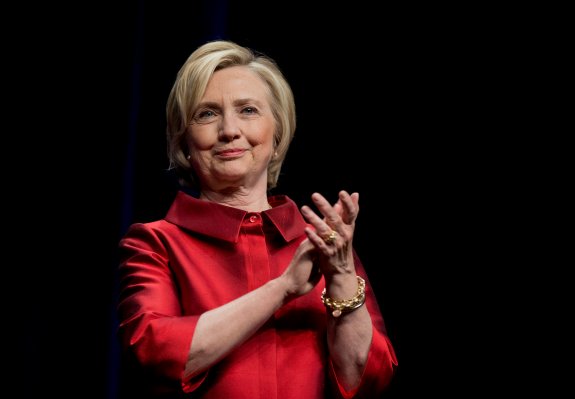