Martha Stewart Is About To Make Some Serious Dough

Martha Stewart agreed to sell her media empire to Sequential Brands Monday in a deal that was worth $353 million, but there was very little announced about the fate of Stewart herself until today.

Under the terms of a newly released employment agreement, Stewart will claim the title of Founder and Chief Creative Officer and will be paid a base salary of $500,000 a year. But, don’t be fooled by that “base” sum.

Her yearly take home pay will be much higher once you add in an unspecified bonus, an annual “guaranteed payment” of $1.3 million (for what, the document doesn’t quite clarify), plus 10% of gross licensing revenues, which typically exceed $46 million per year.

And don’t forget the perks. Stewart will get six weeks of guaranteed vacation and up to $100,000 in annual expenses.

Martha Stewart Omnimedia also filed an 8-K report Wednesday that outlined the employment agreement and also indicated that Stewart could also collect another $1.7 million each year based on an “Intangible Licensing Agreement.”

All told, it looks like the Queen of Homemaking will make out with an annual payment of about $3.6 million, at bare minimum, according to calculations put together by the blog Footnoted.

Stewart, the biggest shareholder of her namesake Martha Stewart Omnimedia, also stands to net a lump sum of about $167 million from the deal with Sequential Brands based on her stock holdings. 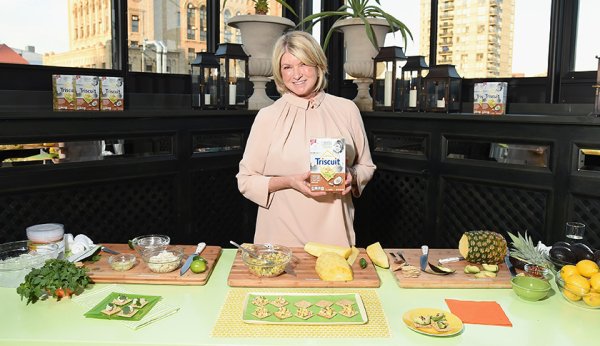 Martha Stewart Just Sold Her Media Empire for a Near-clearance Price
Next Up: Editor's Pick