Dzhokhar Tsarnaev, the man convicted in the deadly Boston Marathon bombing in April 2013, spoke publicly for the first time in two years on Wednesday just before a judge sentenced him to death. The 21-year-old read from a prepared text—below, as recorded in a court transcript of the U.S. District Court for the District of Massachusetts—and apologized for the attack that killed three people and injured more than 260 others. Here, his full remarks:

The Prophet Muhammad, peace and blessings be upon him, said if you have not thanked the people, you have not thanked God. So I would like to first thank my attorneys, those who sit at this table, the table behind me, and many more behind the scenes. They have done much good for me, for my family. They made my life the last two years very easy. I cherish their company. They’re lovely companions. I thank you.

I would like to thank those who took time out of their daily lives to come and testify on my behalf despite the pressure. I’d like to thank the jury for their service, and the Court. The Prophet Muhammad, peace and blessings be upon him, said that if you do not — if you are not merciful to Allah’s creation, Allah will not be merciful to you, so I’d like to now apologize to the victims, to the survivors.

Immediately after the bombing, which I am guilty of — if there’s any lingering doubt about that, let there be no more. I did do it along with my brother — I learned of some of the victims. I learned their names, their faces, their age. And throughout this trial more of those victims were given names, more of those victims had faces, and they had burdened souls.

Now, all those who got up on that witness stand and that podium related to us — to me — I was listening — the suffering that was and the hardship that still is, with strength and with patience and with dignity. Now, Allah says in the Qur’an that no soul is burdened with more than it can bear, and you told us just how unbearable it was, how horrendous it was, this thing I put you through. And I know that you kept that much. I know that there isn’t enough time in the day for you to have related to us everything. I also wish that far more people had a chance to get up there, but I took them from you.

Now, I am sorry for the lives that I’ve taken, for the suffering that I’ve caused you, for the damage that I’ve done. Irreparable damage.

Now, I am a Muslim. My religion is Islam. The God I worship, besides whom there is no other God, is Allah. And I prayed for Allah to bestow his mercy upon the deceased, those affected in the bombing and their families. Allah says in the Qur’an that with every hardship there is relief. I pray for your relief, for your healing, for your well-being, for your strength. 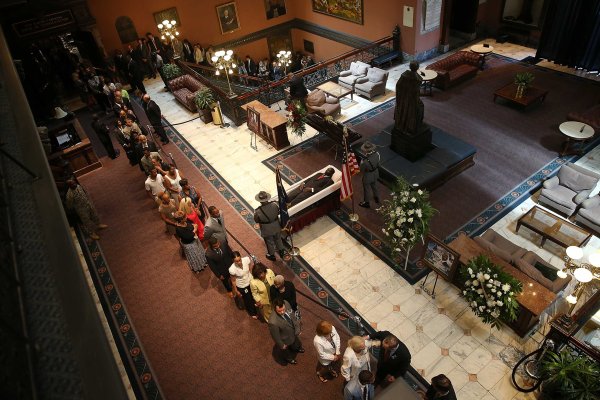