Bobby Jindal Announced His Presidential Run With a Hidden Video

Louisiana Gov. Bobby Jindal announced his presidential campaign Wednesday with an unusually personal touch: a hidden video in which he and his wife tell their kids about the campaign.

In the nearly two-minute video filmed from a camera in a nearby tree and posted on Facebook, the Jindals tells their three kids that they aren’t allowed to tell their soccer and baseball teammates about the secret they’re letting them in on.

“Mommy and Daddy have been thinking and talking a lot about this and we have decided we are going to be running for president this year,” he says.

The family then discusses whether the kids will be allowed to go back to Iowa (only if they behave), whether they were surprised and how much they enjoyed eating popcorn and candy bars at the Iowa state fair. (Points for the Jindal kids for staying on message about Iowa.)

Jindal, who is expected to launch his campaign with a speech at 5 p.m. Wednesday at the Pontchartrain Center in Kenner, Louisiana.

He’s currently in last place in a 15-person Republican field, according to the RealClearPolitics average of recent polls. 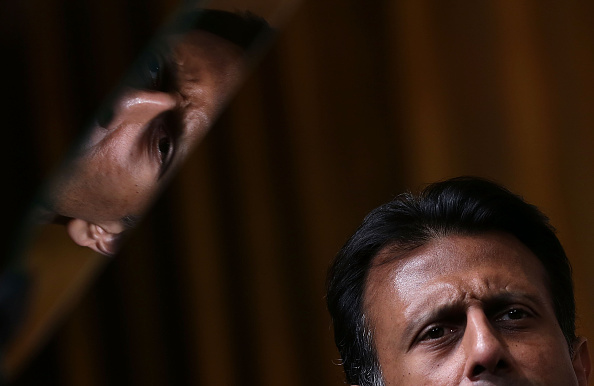