The book When Books Went to War: The Stories That Helped Us Win World War II by Molly Guptill Manning celebrates the importance of the Armed Services Editions. Published between 1943 and 1947, these inexpensive paperback editions were given to servicemen on the frontlines. As Manning points out, not only did the editions achieve their principal purpose of raising morale, they encouraged a whole generation of readers who retained their appetite for reading when they returned home. Possibly a few stopped bullets or shrapnel. It’s necessary to remember that the cheap paperback edition was still a novelty at the beginning of the war, having been pioneered by Penguin Books in England and Albatross Books in Germany during the 1930s.

Armed Services Editions were made possible by a group of publishers called the Council of Books in Wartime. This group collaborated by eliminating royalty payments and arranging for the production and distribution of paperbacks in the most inexpensive possible formats. The Ransom Center has a couple of connections with these books. Although there are larger collections at the University of Virginia and the Library of Congress, we own more than 1,400 of the books, most of them shelved together as a discrete collection in the stacks, while some are kept with other editions of our major authors, such as John Steinbeck. Because they were printed on poor-quality wartime paper that is now brittle and brown, each is protected in a simple acid-free enclosure, invented by the Center’s Conservation department in the 1980s, and called a “tuxedo case.” Students of publishing history can use the collection to study which books were most successful (Manning concludes that books with a touch of nostalgia or sex were particularly popular with soldiers, and F. Scott Fitzgerald’s The Great Gatsby was one of the best-selling titles, even though it was considered a flop when first published in hardback during the 1920s). The books were generally published in an oblong format, with the cover notation “This is the complete book—not a digest.” In all, some 125 million copies were produced.

Among the founding members of the Council of Books in Wartime was Alfred A. Knopf, the eminent literary publisher (the massive Knopf, Inc. archive is here at the Center). Ironically, Knopf was famous for encouraging high production values in his own trade books, but he immediately recognized the importance of encouraging reading and raising morale and contributed a number of series titles by familiar authors in the Knopf stable, including thrillers by James M. Cain and Raymond Chandler and more literary works by Thomas Mann and Sigrid Undset.

In the postwar era, a number of paperback reprint publishers capitalized on increased demand for books, the availability of new outlets for cheap editions, such as chain department stores and drugstores, and Americans’ newly enhanced disposable income. Pocket Books debuted in 1939 and became well known after the war for its lurid covers, which, as Louis Menand points out in an illustrated recent New Yorker piece, graced not only the unabashed pulp of Mickey Spillane but also higher-toned works by William Faulkner and James Joyce. Ballantine and Bantam editions flourished, and the era of the mass market paperback had arrived. Nearly every prominent American hardback publisher developed a line of paperback books. Oddly, Knopf, Inc. was a holdout, arriving late to the game with Vintage Books in 1956. But it was the Armed Services Editions that gave the American paperback its big push. 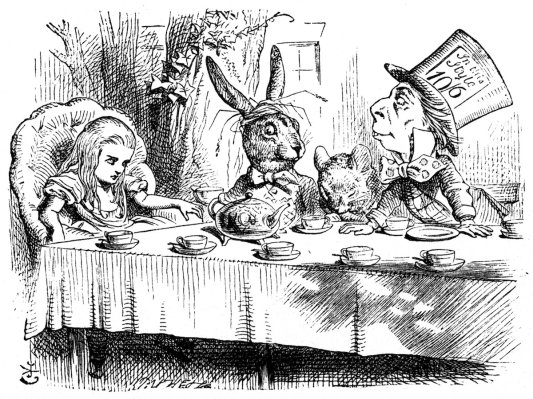 Quiz: Can You Unpack These Portmanteaus?
Next Up: Editor's Pick