Sports are smarter these days, to the great benefit of all fans. We look at the games in more minute detail, and can glean strategic insights that making watching sports more engaging. Thanks to the notion that where a certain player takes his shots is just as important as how many he fires at the rim, we knew that Steph Curry was shooting 91% on left-corner three-pointers in the playoffs at one point. Let’s see if the defense can keep Curry away from his hot spot. What are the Warriors going to do to get him open there?

Across all sports, technology is unlocking secrets. Cameras tell you where every pitch landed in, or out, of the strike zone, and the angles of tennis shots. Teams own proprietary formulas to evaluate talent that are so valuable, it may seem like a good idea to hack them. In the midst of this new-agey analytics industry that has ascended over the last decade, it’s just so sweet that the man who started the stats revolution, in basketball, was a 93-year-old employee of the Philadelphia 76ers who had been working in the NBA since its inaugural season in 1946. His technological innovation on the night of March 2, 1962, when Wilt Chamberlain scored 100 points against the New York Knicks in Hershey, Penn., was to write “100” on a white piece of paper and give it to Wilt, who held it up to a camera, creating one of the most iconic photographs in sports history.

Harvey Pollack, director of statistical information for the Philadelphia 76ers and the last original employee of the NBA’s first season still working in the league, died on June 23, at 93. Pollack made epic contributions to the game. He started tracking numbers that fans, players, coaches and talent evaluators now consider routine: offensive and defensive rebounds, steals, turnovers, blocked shots and minutes played, among others. He also began compiling more advanced information, like 48-minute projections, plus-minus evaluations, distances of field goals. He coined the term “triple-double.”

Today’s advanced stat gurus, who now occupy plum positions in NBA front offices, drew on Pollack’s work. “He was certainly an originator of many great ideas and concepts that, back in the day, were monumental,” said Roland Beech, vice president of basketball operations for the Dallas Mavericks. “They were definitely powerful. Absolutely, all the stats you see today owe their gratitude to him.” John Hollinger, vice president of basketball operations for the Memphis Grizzlies, tweeted:

Thanks in large part to the best-selling book Moneyball, Bill James, godfather of baseball analytics, is more widely known that Pollack ever was. (Back in 2006, James earned a spot on TIME’s list of the 100 most influential people in the world). But Pollack had a similar impact on his sport. While James’ annual Historical Baseball Abstract was the bible for the sabermetric crowd, the Harvey Pollack Statistical Yearbook was the sacred text for hoops quants. While Pollack came up with his share of player evaluation formulas, measured crunch time performance and pinpointed which five-man player combos performed the best, he never forgot the fun. “He just loved basketball,” said Beech. “He’d include things that had no real statistical value, but that added some color to the game. He always appreciated the fan.”

A glance through Pollack’s 2010-2011 statistical guide reveals his hodgepodge of interests: it includes a list of left-handed pro players over time, the most common surnames in NBA history, and a personal favorite, the players who recorded the most games that ended in a trillion between 1993-2010 (a player records a trillion when he enters a game and contributes no statistics, resulting in a string of zeroes next to his minutes played tally in the box score). Congratulations former Atlanta Hawks guard Mario West, who topped the chart with 79 trillions.

Sports numbers can be goofy, and incredibly insightful. And if you’re like most fans—not a hard-core stathead—they can, at times, be boring. But thanks to an innovator like Pollack, numbers matter. “We lost somebody central to the NBA,” said Beech. RIP. 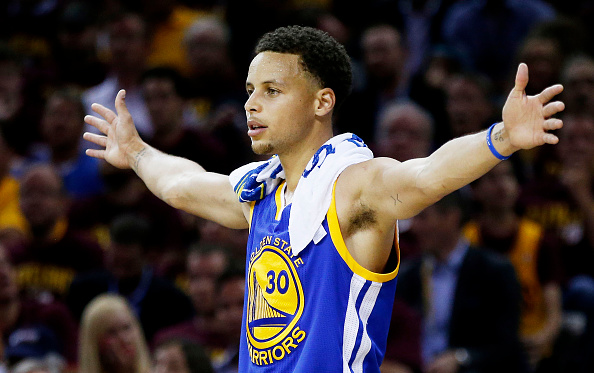 See the Adorable Curry Clan Celebrate the Warriors' NBA Win on Instagram
Next Up: Editor's Pick