Toyota Motor Corp's Managing Officer and Chief Communications Officer Julie Hamp speaks to media during a news conference in Nagoya, central Japan, in this photo taken by Kyodo June 17, 2015 and released by Kyodo on June 18, 2015
KYODO — Reuters
By Joanna Plucinska

Police conducted a sweeping raid of Toyota’s Japanese headquarters Wednesday after an American executive was arrested on suspicion of importing a controlled substance.

Toyota’s most senior female executive, Julie Hamp, was arrested on June 18 after being accused of mailing herself oxycodone pills in a package, the BBC reports.

A powerful opioid, oxycodone is more popularly known by the brand name Oxycontin and is notorious for its addictive qualities. It belongs in a class of drugs responsible for what the Centers for Disease Control and Prevention have called a “prescription painkiller overdose epidemic” in the United States.

Although it can be legally consumed in the U.S. if prescribed by a doctor, the drug is strictly regulated in Japan. Hamp claims that she takes oxycodone for knee pain, according to the BBC.

The President of the company, Akio Toyoda, doesn’t believe that Hamp intended to break the law, the BBC adds.

Authorities didn’t say what exactly they were looking for in the raid. A Toyota spokesman told Reuters that the company could not comment on the ongoing investigation. 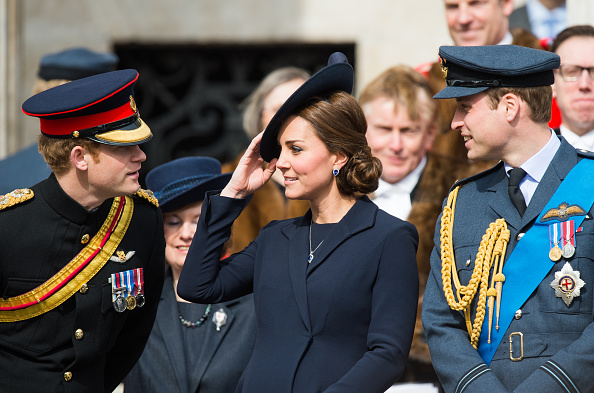 Find Out the Palace's Official 'Allowance' for Kate, Prince William and Prince Harry
Next Up: Editor's Pick