Rep. Clyburn: How to Take Down the South Carolina Confederate Battle Flag Once and for All

The South Carolina and US flags are seen flying at half-staff behind the Confederate flag erected in front of the State Congress building in Columbia, South Carolina on June 19, 2015.
Mladen Antonov—AFP/Getty Images
Ideas
By Rep. Jim Clyburn
Jim Clyburn, a Democrat, is the Representative for South Carolina’s 6th Congressional District.

If you’re going to honor a flag, you should know what it represents.

The flag currently flying on the South Carolina statehouse grounds is not, as many believe, the flag of the Confederate States of America. At various times there were three different flags of the Confederate states, but the one in front of South Carolina’s State Capitol was never one of them. It’s actually the battle flag of the Army of Northern Virginia‎. Not many, if any, South Carolinians fought under that flag. Those Virginians who did obeyed General Robert E. Lee’s request to furl the flag when the war ended. The Commonwealth of Virginia does not fly it today.

An elongated version of that flag, the Confederate Navy Jack—also known as the “Tennessee flag”—became the rallying symbol of Nathan Bedford Forrest, a founder and first grand wizard of the Ku Klux Klan. After relative obscurity, it was resurrected in the wake of civil and human rights activities in the 1940s, 50s and 60s. South Carolina responded to those activities by placing that elongated version on our statehouse dome in 1962. Ostensibly, it was to celebrate the 100th anniversary of the Civil War, but in actuality it was there in defiance of our national government.

I wrote an op-ed piece in 1987 raising issues about the efficacy of flying that flag on the statehouse dome. I began getting death threats. People were upset that I was exposing their celebration of a myth. But when it was moved off of the dome in 2000, that version disappeared from public view. Instead, the “battle flag” was placed at its current location after some civil rights activists rejected a compromise I helped negotiate, to place it adjacent to the Wade Hampton statute in front of the Wade Hampton office building. If that “battle flag” is your heritage, your heritage is one of defiance, rebellion and violence.

On Monday, South Carolina Governor Nikki Haley called for removing that flag from the statehouse grounds. On Tuesday, the South Carolina House and Senate adopted measures to start the debate. Currently, the Heritage Act that placed the flag at its current location requires a 2/3 vote to move it off the grounds. But the legislature could—with a simple majority—repeal or amend the Heritage Act itself. That, in my not-so-humble opinion, needs to be done.

Repealing or amending the Heritage Act is important because it applies to more than the statehouse grounds and the flag. It covers all state and local public property and Confederate monuments. For example, the board of the Citadel—the military college of South Carolina—voted Tuesday to move the Navy Jack in its Summerall Chapel but needs approval from the legislature to do so.

South Carolina is moving in the right direction on this issue. The issue has been joined by several other states and many businesses. I sincerely hope we are beginning to realize the fulfillment of “E pluribus unum”—out of many, one. 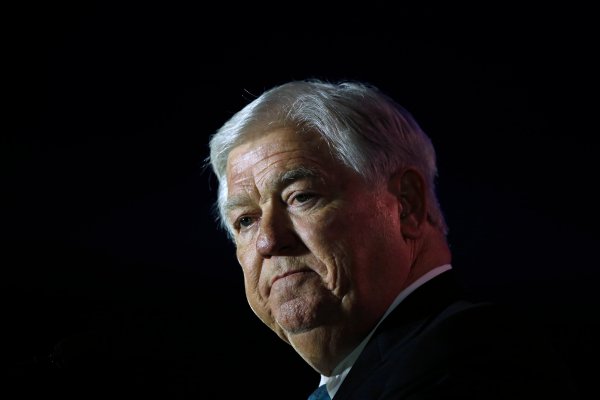 Dear White Mississippi Politicians: It's Our State, Too
Next Up: Editor's Pick