Diane Foley, mother of James Foley, pauses for a moment during an interview at her home in Rochester, N.H. in 2014.
Dominick Reuter—AFP/Getty Images
By Maya Rhodan

Earnest said the report would include a policy directive and an executive order from President Obama, months after the White House ordered the review in response to several brutal murders of Western hostages by the terror group the Islamic State of Iraq and Greater Syria, or ISIS.

At Tuesday’s press briefing, Earnest confirmed several media outlets’ reporting that the report would be released, but refused to offer details on what it does—and does not—specifically change. Families of some citizens held hostage, Earnest said, would be meeting with members of the Obama Administration who had worked on the report on Tuesday in an effort to “give them the opportunity to see for themselves the contents of the report.”

“Our goals entering into this process was to both better integrate the variety of federal government resources dedicated to securing the safe return of American hostages,” Earnest said Tuesday. “And also to improve communication with families of those held captive overseas.”

Though Earnest wouldn’t go into detail, several media outlets have already reported details of the coming directive and report. According to Foreign Policy, which reported the story on Monday, the new policy would make it clear that families should not fear prosecution for paying ransoms.

The Wall Street Journal says the White House will also establish an office to ease communication between the government and families of American hostages based at the Federal Bureau of Investigations known as thr “hostage recovery fusion cell.”

The New York Times reports that though the directive will not backtrack on the U.S.’s long-held “no-concessions” policy to keep funds out of the hands of terror groups like Al-Qaeda and ISIS, it will clarify that family members and the government can communicate and negotiate with groups holding Americans hostage.

Elaine Weinstein, whose husband Warren was taken hostage by Al-Qeada and killed in an American drone strike, released a statement Tuesday calling their interactions with the government while Warren was held hostage “inconsistent at best and utterly disappointing.”

“This review will not bring Warren back, she said. “It is our most sincere hope that it was conducted fully and frankly so the U.S. Government can have an honest conversation about the areas where it falls short. Our benchmark for this review’s success will be the actions arising from it more than its specific findings.” 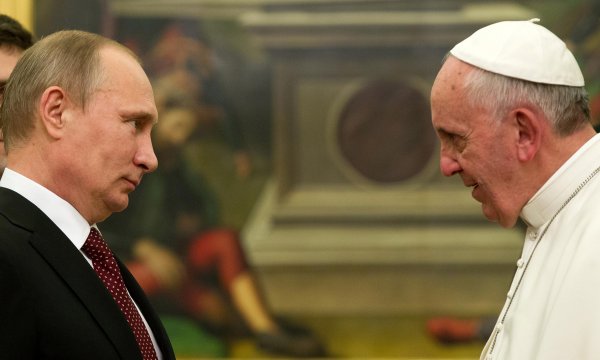