Why the Arrest of Rwanda's Intelligence Chief in the U.K. Is Causing Waves

The arrest of Rwanda’s intelligence chief Karenzi Karake on Saturday in connection with war crimes threatens to disrupt the U.K.’s relationship with Rwanda.

Louise Mushikiwabo, Rwanda’s foreign minister, said the arrest was an outrage, adding: “Western solidarity in demeaning Africans is unacceptable. It is an outrage to arrest #Rwandan official based on pro-genocidaires lunacy!”

The Metropolitan Police released a statement to Reuters saying: “Karenzi Karake, 54, a Rwandan national appeared before Westminster Magistrates’ Court … after being arrested on a European Arrest Warrant on behalf of the authorities in Spain, where he is wanted in connection with war crimes against civilians.”

The spy chief and 39 other Rwandan officials were indicted in 2008 by a Spanish court on charges of genocide and the killing of three Spanish nationals working for Medicos del Mondo.

Andrew Mitchell, the former U.K. minister for international development, claimed Karake was arrested for political reasons rather than judicial ones. “It’s politically motivated and acted by supporters of the genocidal regime in Rwanda,” Mitchell told the BBC. “The warrants were originally set up in 2008 against 40 officials… but a Spanish high court suspended these indictments in March 2014. I think it is a misuse of the European Arrest Warrant system.”

This sentiment is shared by a leaked U.S. diplomatic cable in 2008 from the U.S. Embassy in Rwanda’s capital, Kigali. In the cable, the U.S. ambassador at that time described the Spanish indictment as “outrageous and inaccurate.”

Christoph Wille, Africa analyst at the consultancy firm Control Risks, says that Rwanda and the U.K. have had good relations in recent years. “British and Rwandan officials lashed out because they feel it (the arrest warrant) may not hold and may simply strain relations between Rwanda and the U.K. which has historically been very good, arguably too good. I think the UK is keen to maintain that relationship, ” he says.

Wille drew parallels between Karake’s case and 2008 arrest of the Rwandan politician Rose Kabuye in Frankfurt, Germany. The charges were eventually dropped in 2009, but not before Rwanda expelled the German ambassador and recalled Rwanda’s envoy from Berlin.

Karake was a part of the Tutsi-led rebel movement known as the Rwandan Patriotic Front, which is still Rwanda’s ruling party after deposing the the Hutu government in July 1994 and ending the genocide that took the lives of 800,000 people, mainly from the minority Tutsi tribe.

The government, which is headed by Paul Kagame has been accused of human rights abuses, including responsbility for massacres in both Rwanda and Congo after the 1994 genocide.

“It’s a period during which the Rwandan army killed hundreds if not thousands of civilians in both Rwanda and the Congo (DRC), particularly in the late 90s. He (Karake) was one of the key figures and many victims and witnesses and often cites his name in serious crimes,” says Carina Tertsakian, a senior researcher on Rwanda at Human Rights Watch.

Phil Clark, lecturer on Africa’s Great Lakes Region at the School of Oriental and African Studies in London, told the BBC there were concerns about the evidence in the Spanish indictment. “There’s a sloppiness I think in much of the investigation that underpins this and even very critical human rights groups, that have tended not to be very friendly to Rwanda in the past, have raised questions about the quality of the Spanish arrest warrants.”

Karake will remain in custody till his court hearing in London on Thursday.

Read next: More Than 3 Million Iraqis Displaced Due to IS Violence, Says U.N. 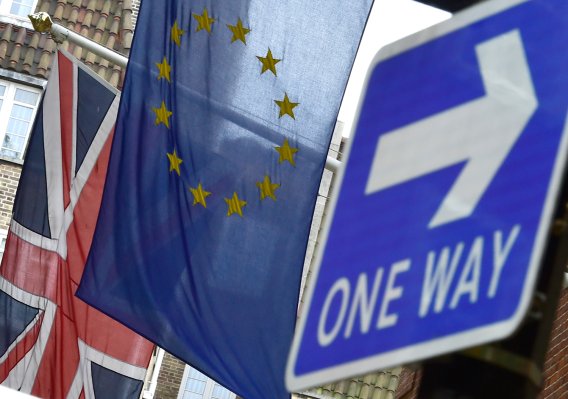 U.K. Lawmakers Back E.U. Referendum
Next Up: Editor's Pick