Five people were rescued from a campground as tornadoes swept across the Midwest overnight, with almost 50 million more Americans under the threat of further damaging thunderstorms on Tuesday.

Winds of 122mph were recorded in South Dakota and baseball-sized hail fell in Indiana as the severe storms ripped up trees and power lines.

In total, 13 tornadoes were reported across four states, the Weather Channel reported. In Illinois, where at least one twister was confirmed by the National Weather Service, more than 15,000 customers were without power.

The storm system was moving swiftly towards the Northeast Tuesday, forecasters said, with… 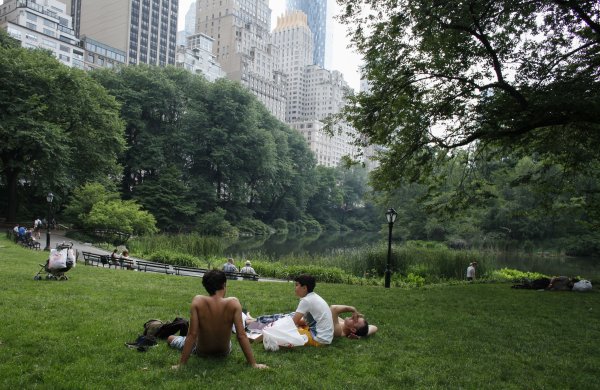 Earth Just Had Its Warmest Spring on Record
Next Up: Editor's Pick