How Did a Man Survive 11 Freezing Hours in a Plane's Wheel Well Without Oxygen?

An airplane flying on June 19, 2015, past the offices of notonthehighstreet.com, an online retailer in Richmond, London, where the body of a dead man was found on the roof on June 18
JUSTIN TALLIS—AFP/Getty Images
By Helen Regan

A stowaway who was found Friday in the wheel well of a British Airways flight that had just arrived at London Heathrow from Johannesburg remains fighting for his life after his 11-hour ordeal.

On Tuesday, police were still waiting to speak to the 24-year-old, who has not been named and remains hospitalized in critical condition, to determine whether he is connected to the body of a man found on a roof of an office building in southwest London, the Guardian reports.

A postmortem on the body of the second man will be carried out Tuesday but investigators believe he fell from the undercarriage of a flight that was preparing to land.

Unlike the risky sea crossings currently occurring in the Mediterranean, stowaways on airplanes aren’t common, and most of those who attempt such journeys perish from hyperthermia and frostbite.

“When they hide up in the wheel well, either they are crushed by the wheel or [succumb to the] high altitude and the extreme temperatures,” Michael Daniel, an international aviation-safety consultant, tells TIME. “The lack of oxygen will kill.”

In April 2014, a 16-year-old boy made headlines after he survived five hours in the wheel well of a Hawaiian Airlines flight from California to Hawaii, somehow enduring altitudes of 38,000 ft. and subzero temperatures.

Aviation experts were astounded as to how the teen was able stand up and walk away from the plane. “That is very, very rare,” says Daniel. “Most of the time people die and they literally fall out of the wheel well when the aircraft pilot lowers the landing gear.”

During takeoff, a person clinging to the undercarriage of the aircraft risks being hit by spinning debris from the tires as they rotate at about 180 knots (207 m.p.h.).

Once in the air, they must endure temperatures as low as –76°F (–60°C) and the lack of oxygen at that altitude can take immediate effect, sending the body into a comatose state.

However, it’s actually the low temperatures that slow the body’s vital functions and so allows them to survive without oxygen. “It’s ironic that it’s the coldness that actually would help the person survive such an event,” Daniel says, adding that the tiny amount of heat generated from hydraulic pumps or the landing-gear mechanisms could also help stowaways survive. “That might lower the temperature enough to where they literally don’t freeze solid.”

But while aviation and health experts marvel at simply surviving the grueling 8,000-mile (13,000 km) journey, more serious questions are being asked regarding airport security.

According to the Guardian, checks are being ramped up at Johannesburg’s O.R. Tambo airport, where the flight originated, as officials investigate how the man was able to board the plane.

To get anywhere near a plane on the tarmac, a person would have had to deceive several layers of airport-security system, including CCTV and wire fences, as well as to go unnoticed during preflight checks by the first officer and avoid detection from the ground staff.

Adds Daniel: “If a stowaway can get to the aircraft, so can terrorists and that’s very scary obviously.” 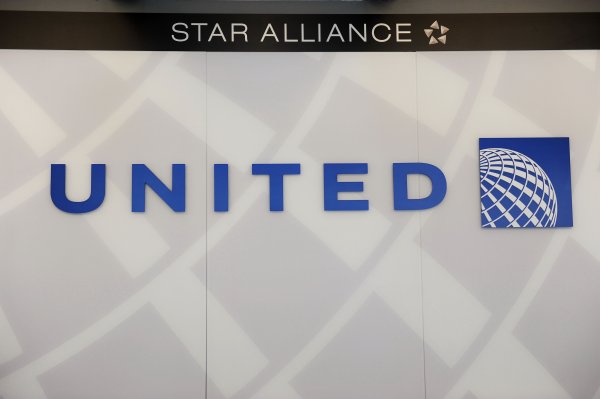 Fliers Outraged After Being Put Up in Military Barracks
Next Up: Editor's Pick