Monte Talmadge walks past the memorial on the sidewalk in front the Emanuel African Methodist Episcopal Church after a mass shooting at the church killed nine people in Charleston, S.C., on June 20, 2015.
Joe Raedle—Getty Images
By Ian Bremmer

Baltimore was two months ago. Ferguson was eight months before that. And now Charleston. For many black Americans, there really are two Americas. As a thought experiment, we looked at the health, wealth and other stats on black America, and compared it internationally. The results show that America—all of America—needs to do much, much better.

Education is supposed to be the great equalizer. The world may not be fair, but it’s supposed to be a lot fairer within the four walls of a classroom. But the numbers tell a different story. African Americans are twice as likely as whites not to finish high school. If white America were a country, its high school graduation rates would rank with the likes of the U.K. and Finland; black America would be on par with Chile and Poland. Black students are suspended and expelled at roughly three times the rate of their white counterparts. Of students who receive multiple suspensions, 42 percent are black; and 34 percent of students expelled are black. And the world they are sent out to isn’t much kinder.

What happens after high school? 21% of whites end up successfully completing a college degree, compared to only 13% of blacks. But even if they achieve that milestone, the payoff is nowhere near the same. A white family at the median sees a return of approximately $56,000 after completing a four-year degree; a black family sees a return of around $4,900. In fact, “black household wealth is just over the median wealth of an adult” in the Palestinian territories, which is not a comparison you want to see made about any group living in America in 2015. Looking at GDP per capita, blacks make $23,000 compared to the U.S. national average of $53,000. If black America really were its own country, it would be ranked 44th globally on that figure—between crisis-hit Portugal and post-Communist Lithuania. The most damning statistic? The median black household has just 6 percent of the total wealth ($7,113) that the median white household has ($111,146).

No surprise, a less wealthy lifetime means a less healthy lifetime—and it starts from the beginning. Infant mortality for blacks in America is 11.5 for every 1,000 births; the figure for whites is 5.2. Black Americans’ rates put them with the likes of Mexico (12.58) and Thailand (9.86), whereas white Americans are much closer to Switzerland (3.73) and Japan (2.13). That’s how the racial disparity starts, but how does it end? Black Americans can expect to live a full four years less on average than whites, who on average make it to 79. A life expectancy of 75 years places black Americans below Tunisia, Panama, Costa Rica and Cuba.

From bad to worse: 1 in 3 black males will go to prison at some point in their life if current trends continue, compared to 1 in 17 white males. Women fare better, but not much—black women are incarcerated at (only) twice the rate that white women are across the country. Overall, blacks only make up some 14 percent of the national population, but are 38 percent of the total prison population. If black America were its own country, it would rank No. 3 on the world list of absolute prison incarceration, ahead of Russia, Brazil, India and Thailand. And once in prison, it gets worse; 60 percent of all prisoners sent to solitary confinement are black.

America is better than this. It’s about time we show it. 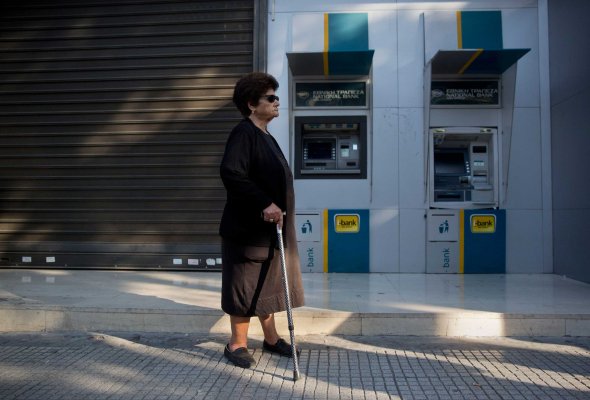