A new HBO documentary about gun violence will air Monday, just days after a deadly massacre at a Charleston, South Carolina, church.

Requiem for the Dead uses documentary material such as Facebook status updates, 911 calls, news reports and police investigations to tell the stories of some of the estimated 8,000 people who died from gunfire between March and June of 2014.

“People now document themselves in these very intimate ways,” co-director Shari Cookson tells TIME. “It was like reading a diary.”

“Every story,” her filmmaking partner Nick Doob adds, “is a kind of Greek tragedy.”

In one example, a 12-year-old boy confesses to police that he killed his 11-year-old friend while showing off his father’s loaded handgun.

Another example, about a 12-year-old who shot his sister eight times before turning the gun on himself, is accompanied by a montage of photographs of his belongings, including the Call of Duty and Grand Theft Auto videogames, a Hunter Education certificate and a picture of him beaming, one hand clutching a rifle and another caressing an antler.

While the directors say they emphasized character portraits over a political agenda, many of the examples in the documentary seem to highlight incidents that could have been prevented by proper gun storage or better mental health treatment.

“Of course,” Doob admits, “we want to foster dialogue. We want the film to open people to talk so that even NRA people can look at this.” 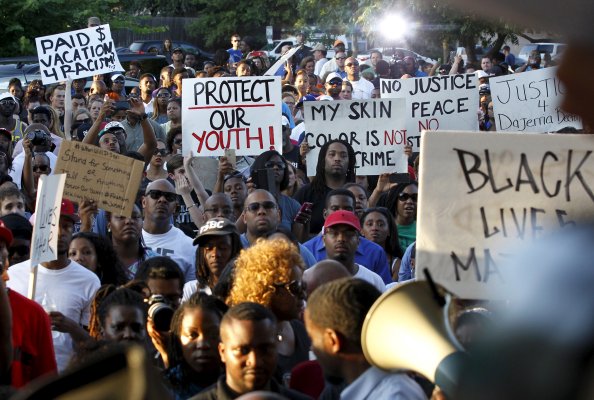