A 16-year-old star athlete died earlier this month in Colorado, one day after his birthday, after he contracted a rare form of the plague, health department officials confirm to PEOPLE.

Taylor Gaes, a pitcher and quarterback at Poudre High School in Larimer County, died on June 8 on the way to the hospital, county health department spokesperson Katie O’Donnell told PEOPLE.

He contracted septicemic plague, she said, a highly fatal form of the disease which results when the bacteria enters the bloodstream directly.

“While the investigation is still ongoing, [Gaes] may have contracted the disease from fleas on a dead rodent or other animal on the family acreage,” the health department said in a press release.

Gaes displayed flu-like symptoms, including mild aches, but nothing serious for a teenage athlete, O’Donnell said. He even played in the Thursday night baseball game.

“We often talk about Taylor’s potential as an athlete, but he was much more than that,” his varsity baseball coach Russell Haigh told the Denver Post. “He was a good friend to all of our players. He was a special young man.”

An excellent hitter, according to the Post, Gaes was primed for real success as the varsity team’s No. 2 pitcher and, at age 15, the starting first baseman, Haigh told the paper.

His family has asked for donations to the Taylor Gaes Memorial Baseball Fund, which pays youth baseball league entrance fees for kids. They’ve raised more than $2,100.

Gaes’ teammates are wearing patches on their uniforms.

“They are doing well. That’s not to say they do not have pain. Young men are amazingly resilient,” Haigh told the Post. “I think it helps that they continue to play baseball. I think that’s what Taylor would want them to do.”

The health department said in the release that it is coordinating with experts from the U.S. Centers for Disease Control, the State Health Department and the Larimer County Coroner’s office.

It’s the third plague case in Larimer County in 30 years, O’Donnell said. “It’s very, very rare,” she said and not transferable from human to human.

The public health concern now is that one of the many people who gathered at the Gaes family property for a recent memorial service may have come in contact with an infected flea or tick, O’Donnell said – it’s something the Gaes family was very worried about, she said, that another child would get sick.

The service was held before the family knew how Gaes had died, she said.

O’Donnell said they’re now at the “very tail end” of the incubation period and they haven’t received any calls from people who’ve been to the property and now have flu-like symptoms.

That doesn’t mean there have been no more contractions, she said. But the plague is treatable if caught early enough and this case’s exposure should prompt people to speak with their doctors if they feel ill. 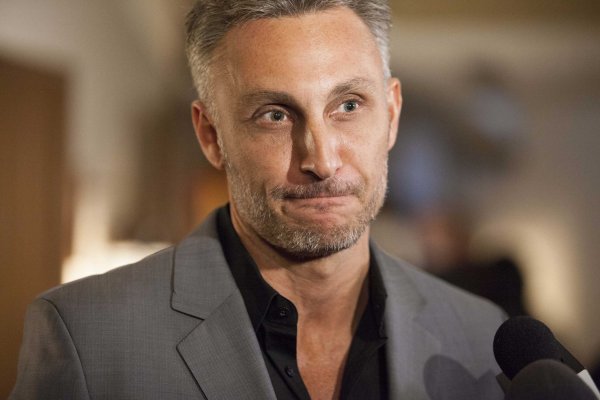 Billy Graham's Grandson Resigns From Megachurch After Affair
Next Up: Editor's Pick