Martha Stewart Living Omnimedia, an unprofitable lifestyle business founded by the do-it-yourself maven, is being sold for a near-clearance price.

Once valued at nearly $2 billion when it went public at the height of the dot-com boom, Martha Stewart Living is selling for a much smaller $353 million in a cash-and-stock deal to Sequential Brands Group, which licenses and promotes a number of brands including items under pop star Jessica Simpson’s collection and Linens N Things.

Under the terms of the deal, which has been approved by the boards of directors at both companies, Martha Stewart will stay on as chief creative officer of the brand she founded and will also become a “significant stockholder” of the new company once Sequential and Martha Stewart Living and have combined. She will also be nominated to serve on Sequential’s board of directors.

It makes sense that Stewart will be a significant holder, as The Wall Street Journal last week reported she owned nearly 49% of the company’s Class A shares. That report also first indicated that a deal between the two parties could soon occur, though investors that bought on that news might be a bit disappointed. Shares jumped above $7 but the deal is for a smaller $6.15 apiece. The deal is 16% less than what some had hoped for on Friday.

“This merger is positioned to further the growth and expansion of the unique Martha home and lifestyle brand,” Martha Stewart said. “With our media business operations now successfully transitioned to Meredith, we now have the opportunity to tap into Sequential’s expertise and resources to expand our merchandising business both domestically and abroad.”

The company has faced some tough challenges in recent years, remaining mired with annual losses and sliding sales. Total sales slipped to $142 million last year from $231 million in 2010. The company has reported an annual loss for every year during that five-year stretch. That’s partly because of declines in circulation and advertising revenue declines for the company’s magazines, a trend that is hurting the broader industry as well. 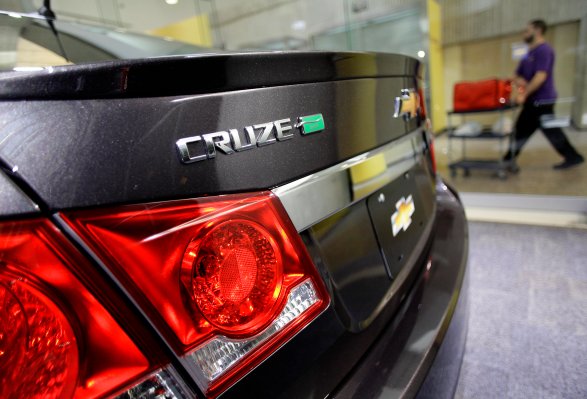