This Noodles & Co. Exec is Ditching Pasta For Hot Dogs

A top Noodles & Co. executive is resigning to become CEO of a hot dog purveyor.
By John Kell / Fortune

Noodles & Co., which operates over 450 restaurants that are known for selling pasta- and noodle-based dishes, said its President and Chief Operating Officer Keith Kinsey will resign, effective July 1. He will become the CEO “of a casual dining restaurant company,” although Noodles wouldn’t say where he was going. That isn’t unusual, as many times when top executives leave for a competitor, companies won’t say where they are going. Kinsey is also resigning from Noodles’ board of directors.

Separately, Crain’s Chicago Business reported Kinsey would become CEO of Portillo’s, becoming that chain’s second CEO since it was founded by Dick Portillo in 1963. The company, which sells Chicago-style hot dogs, hamburgers, and sandwiches, generated headlines last year when it was sold to private-equity firm Berkshire Partners. Portillo is far smaller than Noodles, with only 38 restaurant locations when it was sold in 2014.

Kinsey’s exit is a fairly notable loss for Noodles, as he had served as COO since November 2007, well before the company went public in 2013. He also previously worked at Chipotle, McDonald’s, and PepsiCo.

Noodles didn’t name a successor, saying Kinsey’s responsibilities would be “reallocated among current members of management.” Although Noodles is among the fast-casual operators to recently go public and experience a strong first-day pop, shares in the company have since slipped as sales results have often missed Wall Street’s expectations. Executives have said the company’s biggest challenge has been a lack of brand awareness in new markets. 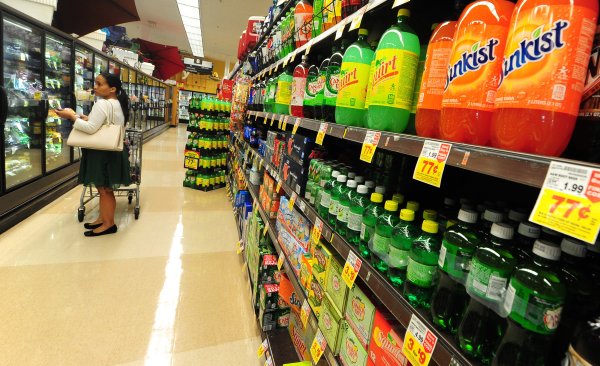 San Francisco May Slap Warning Labels on Ads for Sugary Drinks
Next Up: Editor's Pick