Supporters of ousted Egyptian Islamist president Mohamed Morsi stage a demonstration to ask for the release of detained Al-Jazeera journalist Ahmed Mansour in front of the local court of Berlin's Tiergarten district, where Mansour is being held in custody on June 21, 2015
JOHN MACDOUGALL—AFP/Getty Images
By Joanna Plucinska

Ahmed Mansour, a presenter for al-Jazeera’s Arabic-language channel, has been arrested in Berlin at the request of the Egyptian government.

The New York Times says it’s the first time a Western government has acted to comply with one of Egypt’s many extradition requests. An extradition hearing will take place on Monday, according to the BBC.

In 2014, Mansour was sentenced to 15 years in prison in absentia by an Egyptian court. The 52-year-old Egyptian national was convicted of torturing a lawyer during the 2011 Tahrir Square uprising. He denies the charges.

Mansour was arrested at Tegel airport in Berlin as he boarded a flight to Qatar, where his employer is based. Since former Egyptian President Mohamed Morsi was ousted in 2013, al-Jazeera has been critical of the current government, headed by Abdul Fattah al-Sisi, the New York Times reports.

Protesters gathered outside the facility where Mansour is being held on Sunday to demand his release.

“It is quite ludicrous that a country like Germany would enforce and support such a request made by a dictatorial regime like the one we have in Egypt,” Mansour said in a video he recorded while in the Berlin prison. 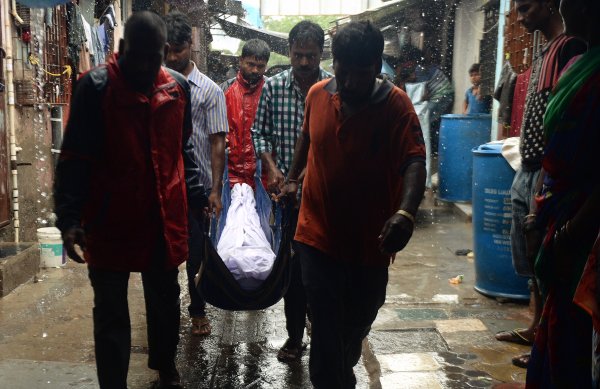 Death Toll in Mumbai Moonshine Tragedy Rises to 97
Next Up: Editor's Pick