Artworks by Hitler Sell at German Auction for Nearly $450,000

The signature reading 'A Hitler, 1910' at the watercolor "Nelkenstrauss" (carnation bouquet) is pictured, on June 11, 2015 in the Weidler auction house in Nuremberg, southern Germany.
Christof Stache—AFP/Getty Images
By Jack Linshi

Fourteen paintings and drawings by Adolf Hitler have been controversially auctioned off in Germany for about $450,000.

The pieces sold at the Weidler auction house in Nuremburg included a painting of the Bavarian fairytale castle Neuschwanstein, views of Vienna buildings and a female nude, The Guardian reports. Weidler said the bidders were investors from China, France, Brazil, Germany and the United Arab Emirates.

Germany has no restriction on the sale of Hitler’s artwork as long as the pieces don’t show Nazi symbols. While many have criticized the auctions, some collectors of Nazi memorabilia say their interests are historical. 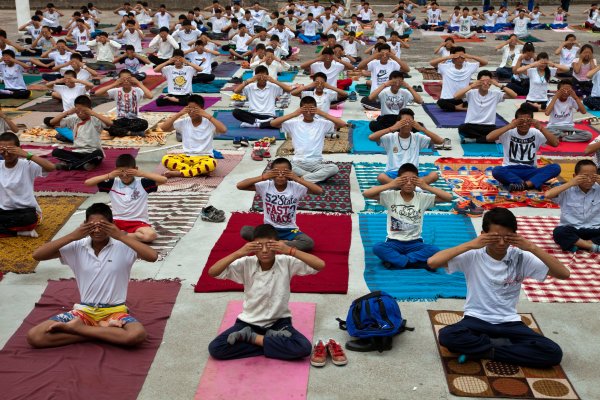