US President Barack Obama has lunch with My Brother's Keeper mentees at the White House in Washington, DC on February 27, 2015.
YURI GRIPAS—AFP/Getty Images
By Maya Rhodan

President Obama barely knew his father, who deserted the future president and his mother in Hawaii when he was very young. So when he talks about growing up in a new documentary, it’s tinged with a sense of loss.

“I do know what it means to come of age uncertain about your place and not clear about what it means to become a man and not having as much guidance … and getting into trouble and making bad decisions,” he says in “Rise: The Story of My Brother’s Keeper.”

On Father’s Day, the Discovery Channel will air the highly anticipated documentary, which focuses on a program Obama started to help young men of color. The documentary itself helps with one of My Brother’s Keeper’s main goals: to change the narrative of young black and Hispanic boys by giving outsiders a sense of what their lives are really like.

As Obama says in the documentary, these kids are often seen through the “filter of stereotypes.”

That fear is made palpable in one scene, when a group of students in Chicago’s Becoming a Man program are asked if they get scared walking alone in their own neighborhood, if they’re afraid they might not make it.

“I saw the shots and I saw the gun and I saw the people running,” one boy says. “I’m scared because it was so close to me. Like, I can’t trust nobody in the streets.”

Amid the stories of fear, though, there are glimmers of hope. A boy in Maryland proudly declares he became a “genius” in the 1st grade (2nd grade, viewers learn, is where he got to show off his skills). Johnny Herber of Yuba City, Calif., obtains job-ready skills after nearly succumbing to alcoholism before his 18th birthday.

Since My Brother’s Keeper launched in 2014, over 200 mayors and tribal leaders across 46 states have made commitments to join the initiative. Businesses and corporations have pledged millions in donations and the groundwork has been laid for Obama to continue after he leaves office.

But while the program has grown, there’s been a marked shift in the conversation on race in America at the same time. Many young black men see the deaths of their peers at the hands of police in communities as far apart as Ferguson, Baltimore and New York as a nationwide epidemic, while the deaths of nine black churchgoers in Charleston has made it seem as though no place is safe from racially tinged violence.

The attention to the ongoing difficulties faced by those in the black and Hispanic communities, says Broderick Johnson, chair of the My Brother’s Keeper Task Force, has brought a spotlight to policy-driven efforts of the administration to address issues like community-police relations and school discipline policies.

Yet that work is only a part of the program’s goal.

“Even without the incidents that we’ve seen across the country this work would have gotten started,” Johnson says. “One of the great achievements of this work will be to ensure that the exceptional is not the exception. And that the extraordinary becomes the norm.” 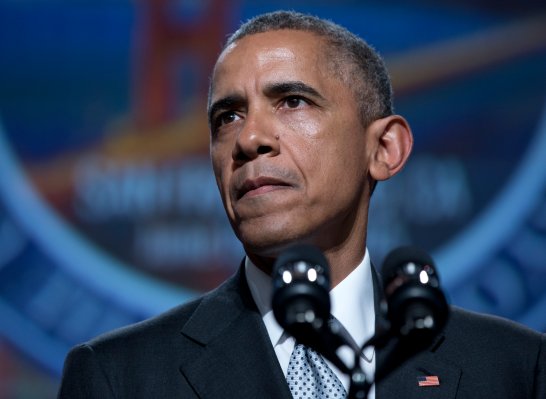