A new paper warns that a major extinction event, one that would be the sixth in our planet’s history, may be underway. The authors of the paper, published in Science Advances, sought to determine whether recent loss in biodiversity has been caused by human activity; the conclusion they reach is that “a sixth mass extinction is already under way.”

As Kaleigh Rogers points out at Vice, this paper hardly breaks ground in its premise; the idea that Earth is undergoing the sixth extinction has been written about by scientists before. What differs, here, are the criteria; the scientists estimated very conservatively when it came to how many species have recently gone extinct, and still found that conservative estimate showing the likelihood of an environmental cataclysm. 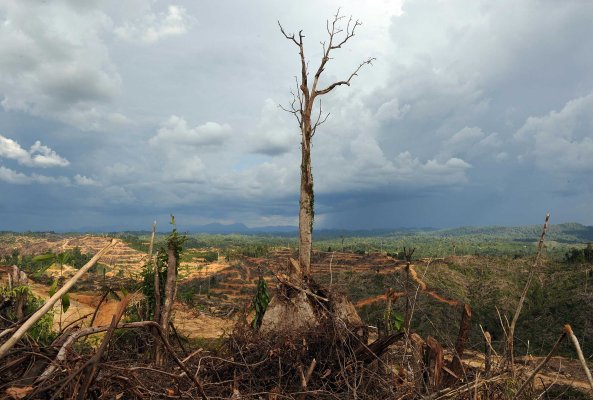 The Weird Link Between Trans Fat and Deforestation
Next Up: Editor's Pick