I remember the conversation like it was yesterday. After lobbying to absorb yet another project into my ever-growing engineering group, something was bugging me. “It’s like I can’t get enough,” I confided in my manager. “It sort of scares me.” Finally, I asked, “Am I power hungry?”

Relieved, I thanked him for his time and went back to work. It was only later that I realized I had no idea what he was talking about. What the heck does “achievement oriented” even mean, I wondered.

If it sounds like I was a bit naïve, I’ll cop to that charge. Unlike today’s up-and-comers, we didn’t really spend a whole lot of time thinking about ourselves back in the dark ages. But that never stopped some of us from reaching for the stars, even if we had little understanding of why we did it.

I believe that, among a number of other behavioral elements, explains why certain people are consistently high achievers.

They do without obsessing over why.

The common thread between every successful overachiever I’ve ever known – and I’ve probably known hundreds in the tech industry alone – is that they’re born doers, troubleshooters, and problem-solvers. If something important needs to be done, they’ll figure out how to do it, no questions asked.

They have no patience for the status quo.

If you tell these people how something is done, how it should be done, that it can’t be done, or why it can’t be done, you’re likely to be branded as “part of the problem,” treated with disdain, and shunned. They simply have no tolerance for bureaucrats and negatrons.

Their passion and drive inspires others.

Let’s face it, it’s like a religious experience sitting in a room with these people or hearing them speak. Once they’ve set their sights on accomplishing a mission, to them, it may just as well be finding the Holy Grail or the true meaning of life on Earth. And I wouldn’t bet against them.

They’re never satisfied with their achievements.

In What They Don’t Teach You at Harvard Business School – a book I recently learned, to my horror, many Millennials have never heard of – Mark McCormack sites profound “dissatisfaction with their own accomplishments” as a defining characteristic of true champions.

They live for the challenge.

If it’s easy, anyone can do it; so what would be the point? It’s the obstacles that make it fun. That’s why people who accomplish great things don’t let challenges stand in their way. The harder it is, the more they want to do it. That’s the fun part, the gratifying part.

We often note how successful entrepreneurs overcome setback after setback before achieving what they set out to do. That’s actually a double-edged sword and sometimes gets them into trouble. While stick-with-it-ness is an admirable quality, sometimes you’re better off cutting your losses and moving on. Unfortunately, it’s hard to tell the difference.

They need to win … desperately.

Competition gets a bad rap these days. The problem is people misunderstand it. The need to win isn’t sadistic or personal. It’s not that we want to see the other guy grovel in the sand. It’s just that, for us to win, our competitors have to lose. That’s simply how competitive markets work.

They have a chip on their shoulder.

Accomplishment-oriented people don’t typically concern themselves with why they are the way they are. Nevertheless, they often appear to have something to prove. Usually that stems from growing up with adversity, as we’ve previously observed with respect to Alibaba chairman Jack Ma, Softbank CEO Masayoshi Son, and Starbucks founder Howard Schultz.

They are not political players.

Don’t get me wrong: in politics, everyone is a political player. But in the business world, accomplishing and winning is based on merit. That’s why true achievers are not into finger pointing, backstabbing, or hogging the limelight. There’s simply no point.

They’re not necessarily paragons of virtue.

While I’d love to tell you that overachievers never overdo it, we both know that’s not true. Some have a hard time distinguishing ethical behavior from the ends justify the means. And once they start down that slippery slope, look out below. I’m not sure if it’s any consolation, but that usually involves mitigating dysfunction.

As a final thought on the subject, there is a flipside to being so driven to achieve. People like us don’t rest easy. I often quote Robert Browning’s famous line from Andrea del Sarto, “Ah, but a man’s reach should exceed his grasp, or what’s a heaven for?” Always reaching for the stars is like never having a dull moment, but it can be exhausting. It’s definitely not for everyone. 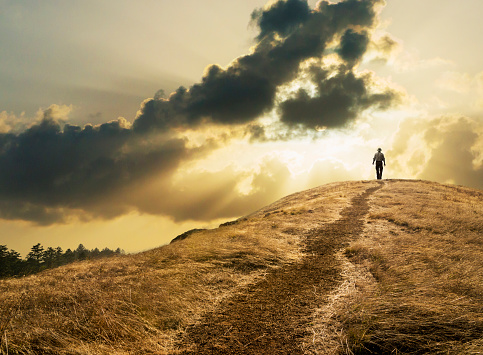 Why You Should Pursue Your Dream Even If Nobody Encourages You
Next Up: Editor's Pick