In the battle over hearts and minds in the Middle East, ISIS is mopping the floor with the US; why? There are lots of reasons, but one of the biggest has to be Washington’s weak social media game. Washington does social media like McDonald’s does social media—grudgingly, acknowledging that this is the way the world moves today but secretly pining for the simpler times when it was king…

Don’t get me wrong: ISIS is absolutely depraved and desperate, but it comes across as authentic to its target audience. It is selling hope and the possibility of a different future to the many people who look around at their lives and wish for something, anything else. That’s a powerful message. There are few things that American’s can learn from ISIS, but transmitting authenticity is one of them.

Strong analysis, but why would anyone think Bush is a front-runner? I predict that there’ll be a solid 6 front runners minimum over the course of the race. Donald Trump will not be one of them.

A Private Sector Solution to the Migrant Crisis – Politico EU

I’ve already written about this story earlier in the week. Here’s the short version: there’s a migration crisis in Europe and European governments aren’t doing nearly enough to solve it. Luckily, others have picked up the slack. My pick of the week.

Sadly, I agree that foreign policy will not win anyone the presidency. But this is where Hillary’s most vulnerable, so it’s going to be far more important than 2012. At this point I’m willing to vote for anyone who can just present a coherent foreign policy that doesn’t collapse under the weight of its own contradictions. A political scientist can dream, right? 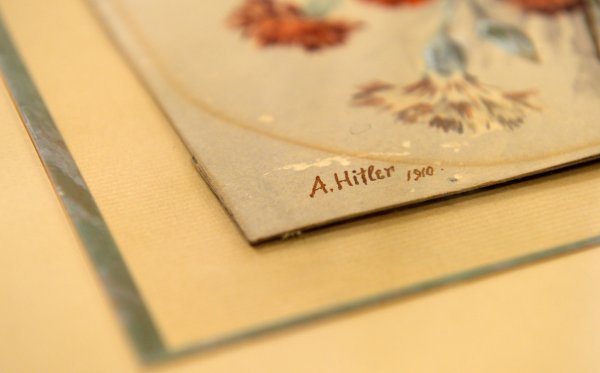 Artworks by Hitler Sell at German Auction for Nearly $450,000
Next Up: Editor's Pick