Alice Paul of Moorestown, N.J., Chairman of the World Women's Party for equal rights in 1915.
AP
Ideas
By Amity Shlaes

The Treasury has announced that Alexander Hamilton will lose star billing on the $10 bill come 2020, taking second place to a woman in honor of the centenary of suffrage for women. If this must be so, let that woman be the champion of the failed Equal Rights Amendment, Alice Paul.

Born in 1885 into a family of egalitarian Quakers in New Jersey, Paul inherited her parents’ idealism and a conviction that, as she would later put it, “there is nothing complicated about ordinary equality.” As a young social worker in Britain, Paul observed the lack of progress of the country’s suffragist movement: The vote for women was supported by many Britons, yet somehow Parliament never got around to passing legislation to enfranchise women.

Two suffragists, Christabel and Emmeline Pankhurst, caught Paul’s attention. While others wrote letters, the Pankhursts sought to shock the politicians with militant tactics including heckling, demonstrating, rock throwing, and other behavior that middle-class women rarely exhibited. Paul joined them.

Police arrested Paul and another protestor in 1909 when they dressed as scrubwomen and crashed the Lord Mayor’s Banquet, shouting “How about votes for women?” Locked in Holloway Prison, Paul and her coconspirator mounted hunger strikes, enduring force feeding (later she said “the largest wardress in Holloway sat astride my knees”). Yet “the militant policy is bringing success,” Paul concluded. It was. Within the decade, British women had the vote.

Energized, Paul returned to the U.S. eager to advance the clock for women’s suffrage here. Carrie Chapman Catt led the movement for the vote through the National American Woman Suffrage Association. Catt’s strategy was to work at the local level to change state laws, slowly building momentum for nationwide change. Another leader, Ethel Smith, favored specific laws that would ensure better pay for women or otherwise protect them. Smith cited the Bureau of Engraving and Printing, where the $10 bills will presumably be produced, as subjecting women to “notorious overwork and under pay.”

Paul rated these methods too gradual. She thought the better move would be to “terrify the men in Congress” into supporting a constitutional amendment giving women the vote. President Woodrow Wilson was ambivalent, and on some days, even opposed suffraged. “The principal objection to giving women the ballot is that they are too logical,” Wilson said.

The week of Wilson’s 1913 inauguration, Paul and thousands of fellow suffragists, including Helen Keller, mounted a competing protest parade, complete with a white horse ridden by a lady lawyer in white robes, and she later led pickets on Pennsylvania Avenue. In 1917, Paul and other militants were thrown into Occoquan Workhouse prison, where they were beaten and force-fed. Doctors from the federal government’s mental hospital examined Paul and warned her that if she picketed the White House, she would be committed.

But all the press paid off: The president backed the passage of the suffrage amendment, and the 19th Amendment became law in 1920. The victorious Paul then lifted her sights to a second campaign—the Equal Rights Amendment (ERA), introduced in 1923.

Paul’s ERA soon encountered trouble, ironically from a politician with a progressive reputation: President Franklin Roosevelt. Roosevelt and his wife Eleanor advocated legislation for women as their own group, or as part of the greater group of organized labor. In contrast, Paul’s general vision of America post-passage was what we would call “gender blind.” In classical liberal fashion, Paul saw a country of individuals, not groups. Paul deplored what she labeled “sex legislation.”

When Paul’s ERA revived in the 1970s, she again found enemies. Paul irritated many feminists by refusing to join them in other campaigns, even saying in 1974, “as far I can see, ERA has nothing whatsoever to do with abortion.” Conservative Republicans opposed the ERA because they feared ratification would generate a raft of civil rights legislation and endless lawsuits. ERA failed, and that legislation and those lawsuits materialized anyhow.

The universality of Paul’s message resonates today, when emphasis on group rights and political factions has again become political fashion. While we’re fooling with the currency, another improvement might be to add a historic quote honoring “the utility of the union as safeguard against domestic faction.” The author? Not Alice Paul, but Alexander Hamilton. 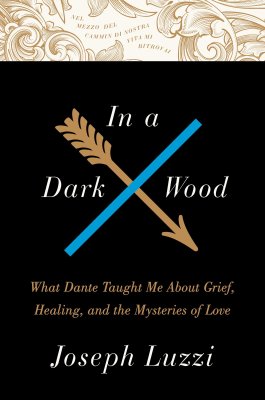 I Became a Father in an Instant—Becoming a Dad Would Take Years
Next Up: Editor's Pick