The total number of people forcibly displaced by war, conflict and persecution rose to a record 59.5 million at the end of 2014, the U.N. refugee agency (UNHCR) has said.

The agency’s annual Global Trends Report: World at War, released Thursday, found forced displacement worldwide has reached unprecedented levels, with a record annual rise of 8.3 million more displaced people since 2013. Some 38.2 million of the total were internally displaced in their own countries.

If the number of displaced persons formed a nation, the report said, it would be the 24th largest country in the world.

Speaking in Turkey on Thursday, the U.N. High Commissioner for Refugees António Guterres confirmed worldwide displacement was at the highest ever recorded.

Just over half of all refugees under UNHCR’s responsibility worldwide came from just three countries: Syria, Afghanistan and Somalia. The report also pointed to new and continuing conflicts in South Sudan, Ukraine and Iraq, among others, which have caused suffering and widespread displacement.

Guterres warned that humanitarian organizations were “no longer able to clean up the mess.”

“U.N. agencies, NGOs, the Red Cross — we no longer have the capacities and the resources to respond to such a dramatic increase in humanitarian needs,” he said.

Turkey overtook Pakistan to become the nation hosting the most refugees in the world with 1.59 million people currently displaced within its borders. Guterres praised Turkey’s willingness to keep its frontiers open and called on richer countries to do more.

“That has a special meaning in a world where so many borders are closed or restricted,” he said. “And where new walls are being built or announced.” 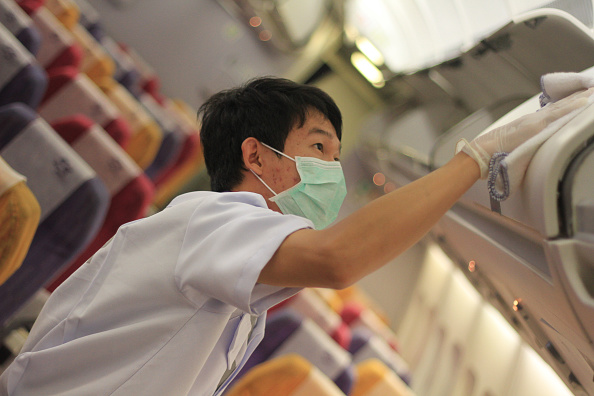 First Case of MERS Confirmed in Thailand
Next Up: Editor's Pick