John Mullins, a former classmate of alleged Charleston shooter Dylann Roof, told CNN Thursday that Roof was “different” to his peers, both quiet and with “kind of a wild side to him, too, where there’s that sort of carelessness about things.”

However, he added, “It never, never crossed my mind that he would go out and murder all those people like that.”

Mullins also told CNN that he and Roof shared mutual black friends with whom Roof sometimes would “sh-t talk,” cracking jokes back and forth. “He would make kind of racist slurs as jokes, but they were never taken seriously in any form or manner,” Mullins said.

However, photos of Roof wearing a jacket decorated with patches associated with white supremacists surfaced quickly after he was taken into custody Thursday. And a survivor of Wednesday’s massacre has reported that Roof said, “You rape our women and you’re taking over our country and you have to go” when one of the young men he allegedly killed was begging for his life. 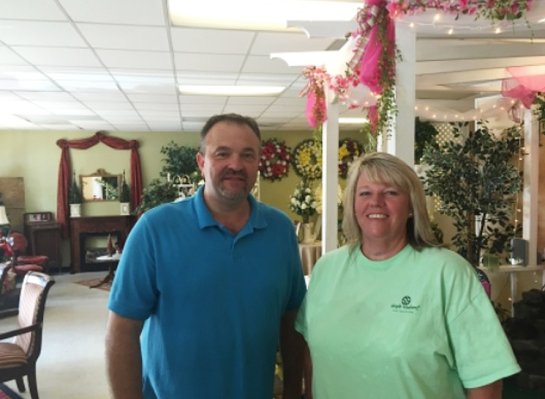 How a Local Florist Helped to Catch Charleston Shooting Suspect Dylann Roof
Next Up: Editor's Pick