A Deflategate Football Is Going Up for Auction

New England Patriots quarterback Tom Brady throws a pass during the first half of the AFC championship NFL football game against the Indianapolis Colts in Foxborough, Mass on Jan. 18, 2015.
Charles Krupa—AP
By Maya Rhodan

One of the infamous “Deflategate” footballs is set to hit the auction block.

Lelands will host an auction for one of the game balls used during the AFC Championship Game on Jan. 18. The New England Patriots were later investigated for deflating a number of game balls, resulting in a big fine against the team and a several-game suspension for quarterback Tom Brady over what investigators claimed was his knowledge about the scheme.

The current owners of the ball, as detailed in the lot prompt, received the ball from a Patriots player after a touchdown. The couple says they left the game early to make sure their ball stayed safe. Lelands called the game ball “the most ‘topical’ piece of sports memorabilia that we can recall ever being sold so close to the event itself.” 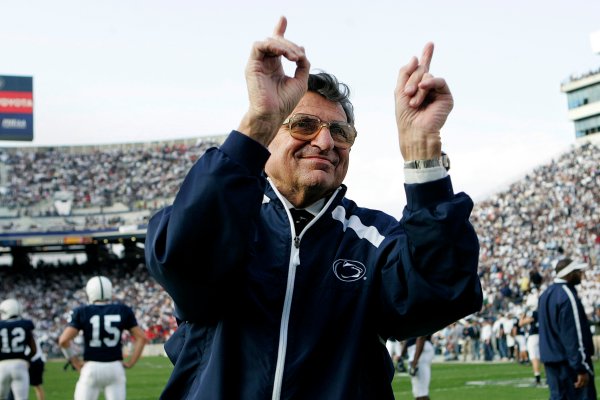 Joe Paterno Will Be Inducted Into Pennsylvania Sports Hall of Fame
Next Up: Editor's Pick