Dinosaurs aren’t on display in real-life zoos (not yet, at least), but that hasn’t stopped actual zookeepers from channeling Chris Pratt’s raptor-training moves from Jurassic World.

Pratt’s Owen Grady is able to train a group of vicious velociraptors to obey commands, and zoos are recreating the scene with walruses, penguins, and other slightly less lethal animals subbing in for the prehistoric creatures.

The meme apparently started when Tumblr blog Feminerds posted a still of Pratt from the film alongside a zookeeper doing the same pose. Other zoos then shared photos of their own, using hashtags like #JurassicZoo and #PrattKeeping. 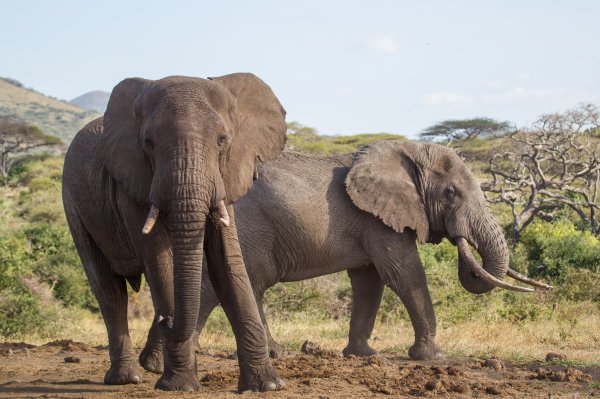 How DNA Could Help Catch Elephant Poachers
Next Up: Editor's Pick