Hillary Clinton Calls for Action on Guns After Charleston Shooting

Former Secretary of State Hillary Clinton challenged the nation Thursday to take new actions to curb gun violence in her first reactions to the shooting inside a historically black Charleston, S.C., church that left nine dead.

“How many people do we need to see cut down before we act?” she asked, during a summit of elected and appointed Latino politicians meeting in Las Vegas.

She began by saying that her thoughts and prayers were with the victims and their families in the shooting, before turning to a broader discussion of police. “So as we mourn and as our hearts break a little more, and as we send this message of solidarity that we will not forsake those who have been victimized by gun violence, this time we have to find answers together,” Clinton said.

Police said they had in custody suspect Dylann Storm Roof, a 21-year-old man who spent almost an hour inside the church Wednesday night before opening fire. Officials were not ascribing motives for Roof, who is white, and his killings inside one of Charleston’s most prominent black churches.

“Cut down at prayer. Murdered in a house of God. It just broke my heart. That of course is the last place we should see violence. But we shouldn’t see it anywhere,” Clinton said. “In the days ahead, we will again ask what led to this terrible tragedy and where we as a nation need to go. In order to make sense of it, we have to be honest. We have to face hard truths about race, violence, guns and division.”

Clinton visited Charleston on Wednesday before the killings. “I left feeling not only great about Charleston but also great about America,” Clinton said of the South Carolina city. When she landed in Las Vegas hours later, she learned of the killings. “The shock and pain of this crime of hate strikes deep,” she said. 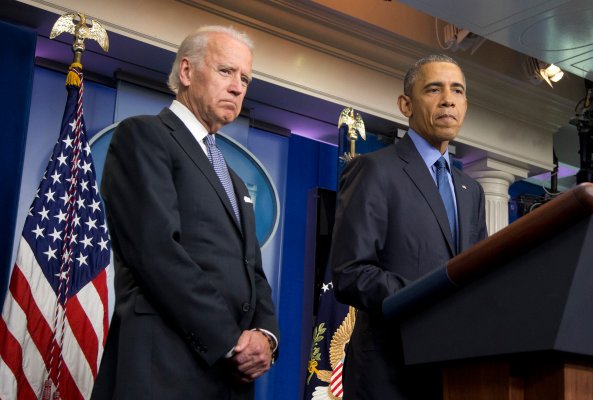