The Next Apple Watch Could Have This Awesome Feature

The first Apple Watch has only just hit physical store shelves, but Apple is already gearing up for the next iteration.

According to 9to5Mac’s unnamed sources, the next Apple Watch will come with an onboard video camera to let users FaceTime directly from their wrists.

The camera is expected to be located on the top bezel of the device. An upcoming OS update for the first Apple Watch will allow users to receive FaceTime audio calls, so it’s no surprise that Apple wants to include video functionality as well.

In addition to FaceTime, the next Apple Watch will be less dependent on the iPhone to function. Features such as messaging, email and weather updates are expected to work via Wi-Fi without the need to sync up with a user’s nearby phone. The company will also reportedly give the next watch a similar battery life to the first one since market research found that customers don’t mind charging the device up at night.

Given the annual product updates Apple typically rolls out for the iPhone and iPad, it’s likely that the next Apple Watch will launch sometime in 2016. 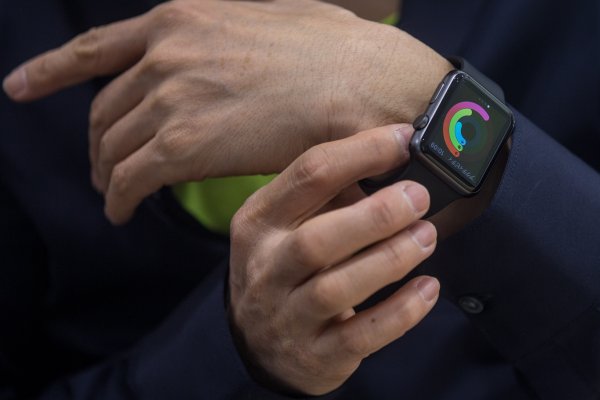 Here’s How Many Apple Watches Have Been Sold So Far
Next Up: Editor's Pick