Here's Who Nancy Pelosi Wants on the $10 Bill

House Minority Leader Nancy Pelosi has another suggestion for a woman to go on the $10 bill: Frances Perkins.

Perkins was the first woman appointed to the President’s Cabinet, serving as Secretary of Labor from 1933 to 1945 under President Franklin Roosevelt. During that time, she oversaw much of the New Deal and helped implement such landmark policies as the first minimum wage and overtime laws and the 40-hour workweek.

The Treasury Department announced Wednesday that it would put a woman who has played a major role in American history on the $10 bill by the year 2020 in time for the 100th anniversary of women’s suffrage. The agency will be asking Americans to suggest women in town-hall meetings and online forums.

“I would add Frances Perkins, who was the first woman Cabinet member and the author of Social Security,” said Pelosi, who was the first female Speaker of the House, at her daily press briefing. “She certainly has affected many lives. I’m a big fan of so many of the women who are being suggested and any one of them would be absolutely great.”

Pelosi also noted that during her time as speaker she added statues of civil rights icon Rosa Parks, author Helen Keller and abolitionist Sojourner Truth to the U.S. Capitol, arguing that it was time the country recognized women’s contributions in history.

She also added her own contemporary spin to the coming change to the $10 bill.

“In preparation for that, we should have equal pay for equal work,” she said. 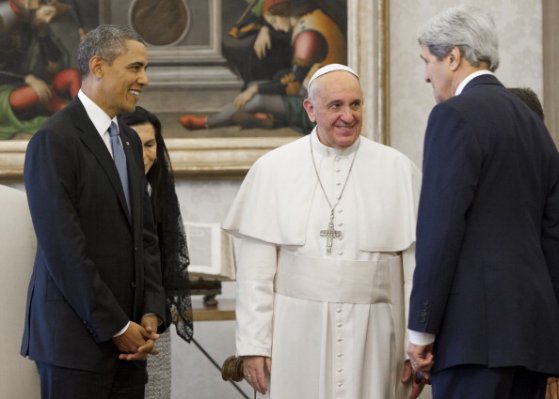