Every year criminals around the world trade billions of dollars in products derived from wildlife. The elephant trade in particular has rankled government officials around the world with tens of thousands of the large mammals killed in Africa every year—a conservation threat, given the dwindling numbers of elephants in the wild.

Now, scientists say that they may be able to use DNA from government seizes of illegal ivory tusks to trace elephants’ origins, a potentially groundbreaking method for law enforcement. Large-scale poaching, which accounts for more than 70% of the ivory trade, may be confined to just two areas, according to an analysis of the DNA tests published in the journal Science.

“By being able to say that these came from just a couple of areas means that we can target those areas much more efficiently with law enforcement,” said study author Sam Wasser, on a conference call for journalists.

Wasser, a research professor at the University of Washington, and his co-authors first analyzed samples of more than 1,300 elephants in 71 locations across the African continent. They then compared the DNA of living elephants to DNA found in seized ivory. More than 85% of ivory from forest elephants came from a protected reserve that includes land in Gabon, Cameroon and Republic of Congo, and more than 85% of ivory from savanna elephants came from two reserves in Tanzania and Mozambique.

The network of major ivory traders is the world’s fourth largest international organized crime network, according to the paper, and Wasser says that focusing on the locations in his paper could help bring down that network. The findings should also force countries to stop playing down the prevalence of the trade in their country, he said.

Read More: These Countries Are At The Center of The Illegal Wildlife Trade

Scientists estimate that fewer than 500,000 elephants live in Africa today, and poachers kill up to 50,000 of the animal each year to sell their tusks on the black market around the world.

“Their loss is already causing major ecological, and economic damage in Africa, threatening national security,” said study author Sam Wasser, on a conference call for journalists. “If we do not curb the killings we are really going to cause serious problems throughout Africa.” 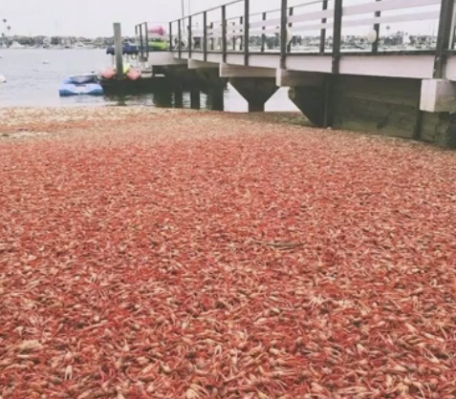 Watch Thousands of Crabs Invade a Southern California Beach
Next Up: Editor's Pick