Kerry, who is Catholic, told TIME in a statement that religious engagement on the issue will help spur agreement at the upcoming United Nations Climate Change Conference in Paris.

Assistant Secretary of State for International Organization Affairs Sheba Crocker met with Vatican officials, including the Holy See’s Undersecretary for Relations with States Antoine Camilleri, on May 26 at the Holy See to discuss climate change and Pope Francis’ 2015 Development goals.

“When he speaks on issues—whether it’s on climate change, alleviating poverty, or peace and security issues—it just has a real resonance and that’s something that we find incredibly useful,” Crocker says. “It’s so important for Pope Francis to be speaking in the way that he is—with such a clear voice. He brings such a moral authority to these questions, and his voice resonates in a way throughout the world, which we think provides him with crucial impetus—both political and moral—to help us reach an agreement in Paris at the end of the year.”

It’s another sign that the Obama administration is hoping to leverage Pope Francis’ efforts on shared commitments, especially in advance of his upcoming trip to the U.S. In September. “We have really renewed energy—strong leadership from the United States, but also countries from around the world, and I think real dedication and commitment to try to reach a durable agreement in Paris, which is the historic step, obviously, at the end of this year,” Crocker tells TIME. “It’s a top priority for the administration.”

U.S. Ambassador to the Holy See Ken Hackett was at the Vatican press conference Thursday morning for the encyclical’s release. 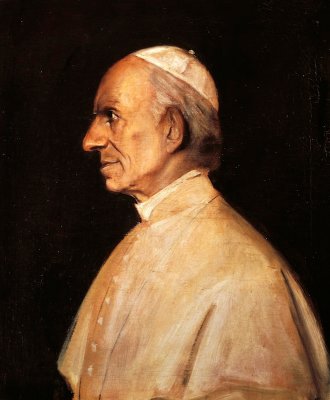 The Pope Who Paved the Way for Francis' Encyclical on Climate
Next Up: Editor's Pick