The devastatingly handsome yet gregarious stallion known as Channing Tatum was kind enough to participate in a Reddit Ask Me Anything session on Wednesday. He promoted Magic Mike XXL (in theaters so soon!) along with his Omaze charity campaign. And, of course, he answered fans’ questions about everything from sandwiches to movie roles to what he nicknames his body parts.

See some of our favorite responses below — and be sure to read the entire thing on Reddit, because it’s truly a work of art.

It’s Chan’s favorite thing to do when he’s having a bad day. “Swear to god. Just to not think about all the s–t I have to do or what’s going wrong, I just go and look at Pinterest.”

2. His favorite sandwich is a peanut butter and jelly — with Cheetos on it.

It’s “very complicated,” he says. White bread, creamy peanut butter and lots of grape jelly — “more than you think should actually fit on a piece of white bread.” Add some Cheetos, “and then you’re good to go.”

3. He has intimate knowledge of what happens when you need to use the bathroom during a blizzard.

“I just went to Iceland and tried to do a small expedition across the glacier and we didn’t make it. We had to be emergency evacuated as there was a white out blizzard which I got to take a poop in. It actually freezes before it hits the ground.”

4. His favorite movie he’s ever done is Step Up.

“My favorite movie that I’ve been a part of is Magic Mike, wait scratch that. It’s Step Up. Where I met my wife. Because if I don’t say that my wife will kill me. ”

“No matter if you’re a man, woman, cat, hamster, you will get lost in Matt Bomer’s eyes. I don’t know what they are made of outside of dreams and rainbows and amazingness but it truly doesn’t matter. And when he sings. It’s like God gave with both hands and then grew a third hand and graced him with more. He’s crazy talented.”

6. But he’s also got a thing for Kevin Nash.

When asked from which of his (male) Magic Mike costars he’d most like to receive a lap dance, he went with pro wrestler Kevin Nash. “I am not even joking about this. I’ve always wanted to know what it feels like to be tiny in his arms and thrown around.”

7. He is super prepared for a potential zombie apocalypse.

His plan for survival: “Crossbow, straight up, and I’d want an army of ninja chimpanzees that crush people all around me. Or I would just go to Sandra Bullock’s house as I’m sure she has all that stuff because she’s dope and kick-ass.”

8. He really loves the Care Bears.

“I was just given a bear for my 35th birthday by a friend Joanne and it was a bear with a heart on it. The Care Bear cousins were my favorite. There was the lion and the fast rabbit. Those two were pretty awesome”

“I would actually love to play Genghis Khan. But John Wayne did that. And it wasn’t such a good idea I think”

10. He learned how to dance from … clubbing.

“I straight learned how to dance in the club. I don’t know how to describe it any other way. I never took a dance class or anything … I can’t tell you [I] had any training other than going out to Florida clubs and getting sweaty.”

Sadly, though, there was one important question Chan left unanswered: “If you had a love child with Peyton Manning, would he be named Peyton Tatum or Channing Manning?” 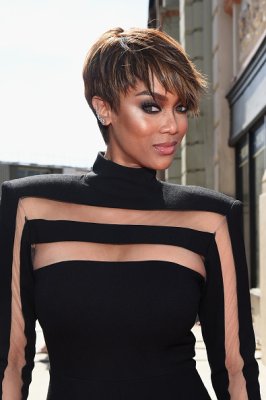