It’s too bad Mazda called shotgun on the “Zoom Zoom” tagline, because it would be perfect for Canon’s latest compact camera.

Some of the other big features on the Powershot G3 X include a 20.2 megapixel sensor, 3.2 inch LCD display, 1080p video recording, high-speed shooting modes and on-board Wi-Fi and Near Field Communication (NFC) for quickly getting photos from the camera to a computer, tablet or smartphone. The G3 X’s sensor is also an inch wide, making it far more capable for low-light photography than typical smartphones.

The G3 X is clearly Canon’s response to the growing number of casual photographers ditching their standalone cameras because smartphones have gotten pretty great at taking pictures that are “good enough.” Canon’s profits were down 29% in the first quarter of the year, matching woes across the industry. The one thing smartphone cameras can’t do very well yet is zoom — the “zooming” you’re doing on your iPhone is really just cropping, and you’re sacrificing the quality of your photograph by doing so.

Still, it’s doubtful many casual photographers would fork over Canon’s asking price for the G3 X — a staggering $999.99 — just to get a little closer to the action. At that price point, an older DSLR body with a medium-budget telephoto lens would probably be a better bet anyway — as long as you don’t mind carrying a big, bulky lens. But if you’re looking for a compact camera with lots of zoom and price isn’t much of a factor, the G3 X looks to be a pretty compelling option. 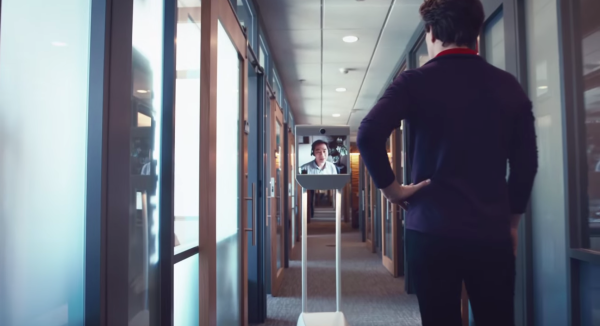 7 Ways These Rolling Robots With Screens Could Change Our Lives
Next Up: Editor's Pick