Inglewood, Calif., high school senior and self-professed geek Malcolm (Shameik Moore) is so obsessed with ’90s culture that he sports a Fresh Prince fade haircut. But writer-director Rick Famuyiwa’s Dope itself seems inspired by ’80s classics, as Malcolm and his best friends, Jib (Tony Revolori) and androgynous lesbian Diggy (charmer Kiersey Clemons), share a sweet, funny camaraderie straight out of John Hughes. The frisky plot, meanwhile, is pure Risky Business, with Malcolm going to Joel Goodsen-like lengths to get out of the ghetto and into Harvard. His counselor orders him to ditch his notion of an unbeatable admissions essay—”If Neil deGrasse [Tyson] was writing about Ice Cube, this is what it would look like!”—in favor of a personal story about life in the ‘hood.

Malcolm assiduously stays off those mean streets until the allure of a worldly beauty (Zoë Kravitz) lands him at an underground party where trouble is unavoidable. Dope mixes constant comic energy with a sense of genuine threat to its enterprising hero. Blessed with puppy eyes and fantastic timing, Moore may not dance in his underwear, but hearing Malcolm’s punk band Awreeoh (yes, like the cookie) is nearly as good. Dope: not just another teen movie. 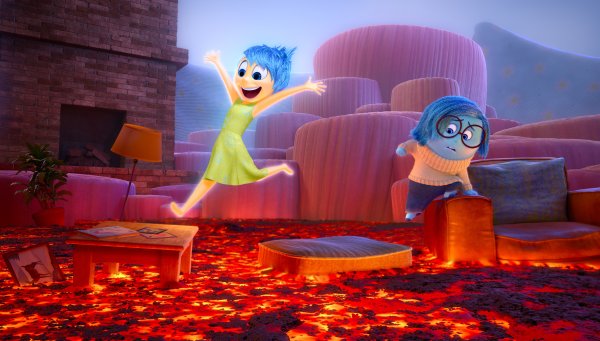 Inside Out’s Trippy Ride Through a Strange Land
Next Up: Editor's Pick