It pays to be an astronomer when you can name newly discovered galaxies after your favorite sports heroes.

A group of scientists has dubbed a recently discovered galaxy COSMOS Redshift 7, or CR7. That’s also the nickname of Real Madrid star Cristiano Ronaldo, who wears No. 7 on his jersey, and the inspiration for a Nike cleat dubbed CR7. The lead astronomer, who hails from Ronaldo’s native Portugal, cited Ronaldo as inspiration for the galaxy’s name, the European Southern Observatory said in a statement on Wednesday.

It was described as “an exceptionally rare object, by far the brightest galaxy ever observed at this stage in the Universe.” The name is also a measure of the galaxy’s place in terms of cosmic time. 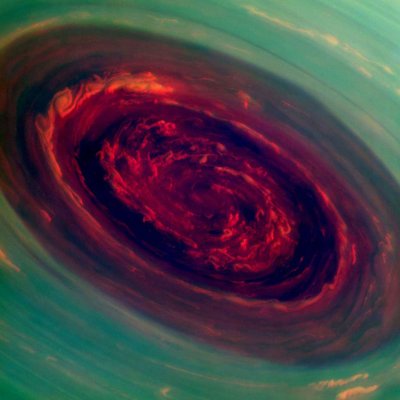 The Mystery of Saturn's Earth-Sized Cyclone, Explained
Next Up: Editor's Pick