Elizabeth Warren Finally Has the Right Idea on Higher Education

Senator Elizabeth Warren has been a vocal, if unsuccessful, advocate for higher-education reform. So far her efforts have either been unrealistic—such as her proposal to reduce student loan interest rates to below 1%—or insufficient, such as her push for student loan refinancing. But in a speech last week, Warren outlined a higher-education agenda that’s ambitious, prudent, and potentially game-changing.

Our national student debt problem has a clear cause: the inflation-outpacing, federally abated rise of college tuition. The Department of Education provides students aid on the basis of their college’s cost of attendance, meaning colleges can raise prices knowing that the federal government will simply increase aid awards. College administrators thus face little incentive to keep costs down. Students, in turn, must rely increasingly on debt to finance their college education.

Warren is likely the most prominent Democrat in recent memory to acknowledge these backwards incentives. “Conservatives are right,” she said. Colleges take advantage of the “availability of guaranteed federal loan and grant dollars” to raise tuition prices. She suggested that most colleges are completely unaccountable, since the federal government’s generosity ensures that “there’s far less pressure to hold costs down or to ensure that their services are worth the price.” Echoing a long-standing conservative critique of contemporary higher-education, she also decried the lavish amenities—the “fancy dorms, high-end student centers, climbing walls and lazy rivers”—and the bloated administrative bureaucracies that taxpayer dollars now fund.

It’s worth noting the significance of this admission. Up until now, most mainstream higher-ed reform efforts have addressed the fallout from—not the causes of—our student debt problem. Take President Barack Obama’s higher-ed agenda. His signature proposals—a ratings system, loan forgiveness and free community college—take stock of, but do nothing to reverse, the prohibitive cost of a college degree. Bipartisan proposals to simplify the financial aid application process, provide information about colleges to future students, and clarify the legal status of so-called “equity contracts” similarly fall short.

Warren, in contrast, understands that reform must take aim at the problem’s root causes, and that the way to ease student debt burdens is not simply to offer students more funding, but also to change the way we invest in colleges and increase college accountability. In her speech she called for “skin in the game” measures that require schools to face consequences for poor graduation and loan repayment outcomes, a requirement that schools spend a minimum proportion of federal aid dollars on education-related expenses, and a “shared savings” system that would allow colleges the keep federal aid dollars attached to students who graduate quickly. These ideas should please conservatives concerned with federal waste.

In addition, Warren called for greater accountability from the Department of Education. Noting the department’s frequent failure to respond promptly to data requests and its infrequent testimony before Congress about student debt, she argued that the it must be more forthcoming. Conservatives concerned with government transparency can get behind this proposal, too.

These ideas would certainly help improve the federal government’s return on its investment in higher education. But Warren and like-minded conservatives could go even further. While these proposals would ensure that schools spend their federal aid dollars wisely, it’s worth questioning whether schools should receive a federal guarantee at all. In that vein, Congress might consider making more generous federal aid awards contingent on a school’s graduation and loan-repayment outcomes. Congress could also delink aid awards from the cost of attending a specific college and tie them to an industry-wide cost of attendance, thereby removing the individual subsidy colleges receive.

Warren also argued for increasing higher-ed funding at the state and federal levels. In a dramatic change from her previous efforts, she didn’t advocate for increased spending on student loans, which benefit primarily middle and upper-middle class students. Instead, she argued for increasing and making mandatory Pell Grant program spending to give poor students “a real chance at college.” While conservatives might squirm at the prospect of another mandatory spending program, they can certainly support the goal of promoting social mobility through higher education. Moreover, they might note that Congress can also help the poorest students by rededicating funding for programs designed explicitly for students with “exceptional financial need”—such as the Perkins Loans and Federal Supplemental Education Opportunity Grants—that policymakers have slashed in the recent decades.

There’s fertile ground for bipartisan higher-ed reform. As Warren argued in her speech, conservative policymakers such as Senator Lamar Alexander and institutions such as the American Enterprise Institute already champion ideas similar to hers. Republicans and Democrats should seize the opportunity. 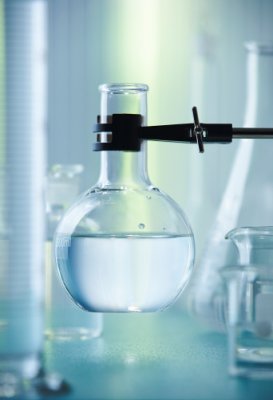 The Next Great American Scientists Will Not Graduate From Harvard
Next Up: Editor's Pick