Photograph by Miles Aldridge for TIME; Esquire
By D.W. Pine

The June 29, 2015, cover of TIME (“Nip. Tuck. Or Else.”) featuring a women preparing for cosmetic surgery might remind some readers of a famous Esquire cover from decades ago.

“‘What’s interesting about the image is the way Nixon’s gang reacted to it,” Lois, who designed the Esquire covers from 1962 to 1971, has said. “Shortly after it appeared, editor Harold Hayes got a phone call from a guy on Nixon’s staff. He was miffed. In fact, he was incensed. You know why? The lipstick. He said it was an attack on Nixon’s masculinity.’

The Esquire cover was meant to mock Nixon’s performance in the 1960 TV debate againt John F. Kennedy (famously considered poor) and suggest the Republican needed “some work done” if he ever wanted to be president.

In contrast, the woman on TIME’s cover, photographed by Miles Aldridge, appears as a willing participant in her transformation (evidenced by the compact mirror) and visually reinforces Joel Stein’s cover story about how everyone now gets work done. 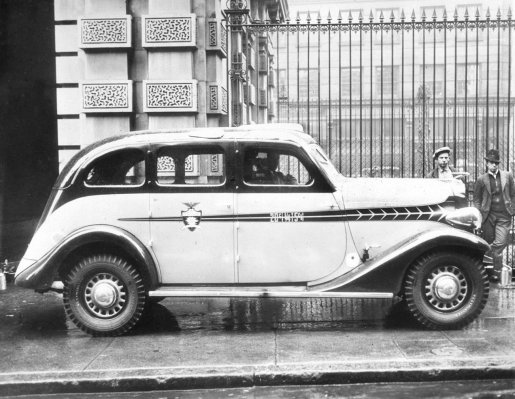