Twitter, Vodafone, and Georgetown University All Commit to Gender Equality

Big companies like Twitter and Vodafone and major universities like Georgetown and Oxford have all pledged to take concrete steps towards gender equality as part of the final installment of UNWomen’s IMPACT 10x10x10 initiative, released Thursday. The initiative is part of the HeForShe movement unveiled by Emma Watson at the UN last fall, designed to encourage 10 CEOs, 10 University Presidents, and 10 world leaders to commit to advancing the cause of women’s equality.

Last month we listed 5 CEOs and 5 university presidents who are committing to HeForShe policies- here are the rest:

Adam Bain, president of Twitter, is committing to help HeForShe mobilize a third of all men to fight for gender equality. A major supporter of Girls Who Code, Twitter is aiming to reach 300 students a year to teach them crucial tech skills. Currently women make up only 10% of technical roles at Twitter and 30% of employees overall, but the company is committing to transparency as they aim towards gender parity.

Antony Jenkins, CEO of Barclays, is pledging to provide 2.5 million women around the world with tailored financial programming, which would expand access to credit, teach financial literacy skills, and help more women become business owners. Barclays also aims to increase the representation of women in senior leadership positions to 26% by 2018 and exceed 30% for women on boards by 2020.

Dominic Barton, managing director of McKinsey & Company, is aiming to increase the representation of women in consulting roles to 40% by 2020. Today, 30% of new hires are women– Barton wants women to make up 50% of undergraduate recruits by 2020. And the company will continue to invest in research that examines the link between gender diversity and profitability.

Jean Pascal Tricoire, CEO of Schneider Electric, has already developed a thorough process to ensure salary equity in Schneider’s France office, but he aims to expand that process to reach 85% of global employees by 2017. Tricoire is also committing to expanding female representation at every level in the company– he wants women to make up 40% of new hires, 33% of the management committee, and 35% of senior positions by 2017.

Vittorio Colao, CEO of Vodafone, has made a bold promise to educate refugee girls, providing online education to 3 million young refugees by 2020. Vodafone also pledges to make sure women hold 30% of middle and senior management positions.

And here are the newest University commitments:

Andrew Hamilton, vice chancellor of Oxford University, has already committed to achieving 30% female representation among professors, up from 19% today. But as part of his HeForShe pledge, Oxford aims to have 30% of all university leadership positions occupied by women by 2020. Oxford is also doubling down on campus safety by expanding the ‘Good Lad’ workshops, which teach men from Oxford sports teams and social clubs about consent, peer pressure, and responsibility.

Dr. Marco Antonio Zago, president of the University of São Paulo, wants the University to be a leader in addressing violence against women– that’s why he’s implementing a zero-tolerance policy for on-campus violence, and partnering with the University of Buenos Aires and the Autonomous University of Mexico for a joint campaign to re-orient their collective 850,000 students towards healthy gender norms. The University is also establishing an Interdisciplinary Research Program to study how to make cities safer for women.

Frédéric Mion, president of Sciences Po, promises to achieve 40% representation of both genders across all senior leadership positions by 2020, as well as launching new programs that empower men to embrace their responsibilities as husbands and fathers. Mion is also expanding the legally-mandated maternity interviews which help new parents balance work and parenting to all parents (not just mothers,) aims to have 90% of eligible men take paternity leave by 2017.

Samuel L. Stanley, Jr., president of Stony Brook University, aims to close the gender gap in graduation rates– currently, women graduate at a rate 15% higher than their male counterparts, yet over 56% of incoming freshmen are men. The university also aims to increase representation of women in each freshman class by 6%. And through their Center for the Study of Men and Masculinities, Stony Brook University plans to make HeForShe a mainstream initiative across the SUNY network, which could reach almost half a million students. 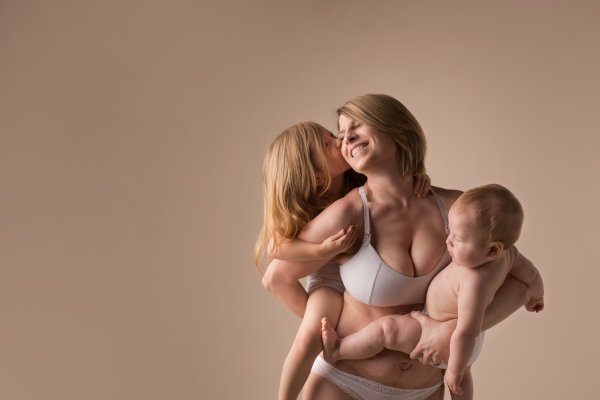