How Pope Francis Hinted At His Climate Change Encyclical

Pope Francis is expected to call for strong action on climate change in a major papal document Thursday. But even before his first encyclical, there have been signs that he would promote a more environmentalist perspective.

Here’s a look at five times the pope hinted at his climate change stance.

1. When he took his papal name

When the former Jorge Bergoglio was selected as pope in 2013, he chose his papal name in honor of Saint Francis of Assisi, patron saint of animals and the environment. In his inaugural homily, Pope Francis cited his namesake as a model on how to treat the Earth.

“It means protecting all creation, the beauty of the created world, as the Book of Genesis tells us and as Saint Francis of Assisi showed us. It means respecting each of God’s creatures and respecting the environment in which we live,” he said.

The climate change encyclical, “Laudato Si” (or “Praise Be to You”), is a line taken from Saint Francis’ “Canticle of Creatures.”

2. When he asked for forgiveness for environmental destruction

In May of 2014, Francis and Ecumenical Patriarch Bartholomew I co-signed a Common Declaration repenting for humanity’s treatment of the Earth.

“It is our profound conviction that the future of the human family depends also on how we safeguard – both prudently and compassionately, with justice and fairness – the gift of creation that our Creator has entrusted to us,” they wrote. “Therefore, we acknowledge in repentance the wrongful mistreatment of our planet, which is tantamount to sin before the eyes of God.”

3. When he defended poor farmers

Francis has also linked environmental degradation to the Catholic duty toward the poor. In October of 2014, he told participants at the World Meeting of Popular Movements that pollution hurts poor farmers.

“I am concerned about the eradication of so many brother farm workers who suffer uprootedness, and not because of wars or natural disasters,” he said. “The monopolizing of lands, deforestation, the appropriation of water, inadequate agro-toxics are some of the evils that tear man from the land of his birth.”

4. When he criticized capitalism

Francis has also linked environmental problems to capitalism, which he has criticized.

In an October 2014 address to participants in the World Meeting of Popular Movements, the Pope said the modern economy was founded on exploiting the planet.

5. When he argued humanity is responsible for the Earth

Francis has also argued that humanity has a special duty to protect the Earth because the Bible says that God entrusted it to us.

In a November 2014 address to participants in the Congregation of the Daughters of Mary Help of Christians, he argued that people cannot ignore the moral dimension of environmental protection.

“As disciples of Christ, we have a further reason to join with all men and women of good will to protect and defend nature and the environment,” he said. “Creation is, in fact, a gift entrusted to us from the hands of the Creator.” 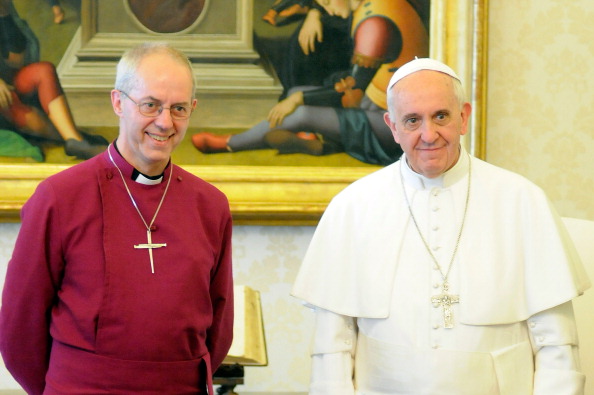 Faith Leaders Back Pope Francis on Climate Change
Next Up: Editor's Pick