Why the California Ruling on Uber Should Frighten the Sharing Economy

This week a ruling from the California Labor Commission was made public because popular ride-sourcing company Uber appealed it. A San Francisco-based driver named Barbara Ann Berwick brought a case alleging that she is an employee, not an independent contractor as Uber claims. It emerged that the commission ruled in her favor, saying the company owed her $4,152 in expenses. But this could lead to rulings worth much more.

Filed in March, the ruling is non-binding, has no legal bearing on any other drivers, and won’t force any money to change hands. But Uber’s decision to appeal will now move the fight to California’s court system where — along with several similar lawsuits pending in the state—it could set a binding precedent for a multi-billion-dollar question plaguing the booming on-demand economy: Do such companies have employer-employee relationships with tens of thousands of American workers?

That might sound like a mundane bureaucratic distinction, but it’s a concrete reality for the drivers, personal shoppers and lunch deliverers who enjoy the flexibility of setting their own hours but do not get standard employee benefits like overtime pay and worker’s compensation. In California, unlike most other states, employers are explicitly on the hook for reimbursing employees for all expenses necessary to do the job. And if the workers like Berwick win their cases, there are more than 15,000 other drivers in San Francisco alone who might want to be reimbursed too.

“Uber has essentially shifted to its workers all the costs of running a business, the costs of owning a car, maintaining a car, paying for gas,” says Shannon Liss-Riordan, a Boston-based attorney who has a class-action case pending against Uber in California federal court. “Uber has saved massive amounts …. It’s important that the labor laws be enforced so that the companies can’t take advantage of workers that way. Uber’s a $50-billion company and I think it can afford to bear the responsibilities of an employer.” She expects her trial will be underway by next year and will make arguments for class certification later this summer, saying this ruling “could be a lot of help.”

In a statement to TIME, an Uber spokeswoman said that its drivers embrace their status as independent contractors. “It’s important to remember that the number one reason drivers choose to use Uber is because they have complete flexibility and control,” she says. “The majority of them can and do choose to earn their living from multiple sources, including other ride sharing companies. We have appealed this ruling.”

Liss-Riordan has also filed a class-action case on behalf of workers for house-cleaning company Homejoy, as well as delivery service companies Postmates and Try Caviar, arguing that they have been misclassified as independent contractors when they should be treated like employees. Other cases are pending against ride-sourcing platform Lyft and grocery-delivery company Instacart. “Instacart does all it can to distance itself from the employer-employee relationship,” lawyer Bob Arns told TIME when that case was filed. “Why does a company want to do that? It’s to keep the bottom line lower, to unfairly compete against other companies. That’s the crux of our case.” Instacart did not respond to a request for comment for that story.

The growing independent-contractor workforce is a key reason that companies like Instacart and Uber have been able to grow so quickly, because the cost of organizing independent contractors is much less than hiring employees. There’s no requirement to pay unemployment tax or ensure that workers are making at least minimum wage. In many cases, the companies don’t have to pay for the smartphones or data plans workers use on the job. They don’t have to deal with the costly spools of red tape that come with federal and state withholdings and healthcare and anti-discrimination laws.

David Rosenfeld, a labor law expert and lecturer at the University of California, Berkeley, says a California superior court will likely set a trial date in a few months. If the judge agrees with driver Berwick, the rulings could be appealed back and forth all the way up to the California Supreme Court. That process could take years. But the California courts have been sympathetic to workers and Rosenfeld says its unlikely the state’s highest authority would overturn a ruling made in their favor. In the meantime, he says, lawyers like Liss-Riordan can “show the ruling around” as evidence that helps build their cases, if not a precedent to use in court.

“This is big, high stakes problem for them,” Rosenfeld says. While Uber emphasizes that the labor commission ruling is only about the status of a single driver, he notes that if Uber beats Berwick in court that doesn’t bar other drivers from bringing similar claims. Liss-Riordan says she has been contacted by more than 1,000 Uber drivers who believe they’ve been wronged. And her doors have been open to other “1099 economy” workers who want to file their own claims.

“A lot of companies are watching Uber and seeing whether it’s going to be allowed to get away with this,” she says. “These companies want to have it all. They want to have control over their workforce so they can provide this consistent quality service they sell to the public but at the same time deny it has any obligations to these workers that it is treating as their employees.”

How much control companies like Uber have over these workers will be central to the cases. Does their ability to kick drivers off the platform, their ability to set rates, their mandates to follow certain protocols amount to an employer-employee relationship? Uber has repeatedly argued that they are not a transportation company but merely a technology platform that helps willing drivers connect with passengers willing to pay for a ride.

But in denying a summary judgment in the class-action case earlier this year, District Judge Edward Chen wrote that Uber’s claim that it is not a “transportation company” is “fatally flawed.” In the March ruling, the labor commissioner wrote that Uber is “involved in every aspect of the operation.” A 2012 ruling from the labor commission, however, found that another Uber driver was, in fact, an independent contractor and describes Uber as a “technology company.” In the statement, Uber says similar commissions in five other states have come to the same conclusion.

These cases apply only to workers in California. So the endgame could look a few different ways if these on-demand companies lose their cases, all of which would require a change in business models. Operations could be shut down or take a different approach in California. Companies could start shouldering the costs of treating their armies of workers as legal employees. Or they could change the way they operate—giving up control over their workers and therefore control over the quality of their services—in order to keep treating them as independent contractors.

The latter, Rosenfeld says, is what FedEx recently decided to do after paying $228 million to settle claims from 2,000 pickup and delivery drivers in California who alleged that they were mislabeled as independent contractors. That high ticket price was directly related to California’s law requiring expense reimbursement. But making the decision to give up oversight is not an easy one. “You lose control of your brand,” he says. “And you lose control of your model.” 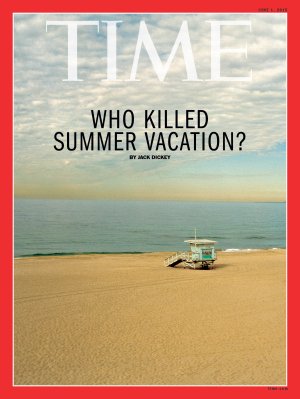 Why It's So Hard for Americans to Take a Vacation
Next Up: Editor's Pick