Many 21st-century Americans like to believe that globalization—like sex, profanity, and partisan media—is an invention of the modern era.

But of course it is not.

Nevermind NAFTA. Consider, instead, the case of a 16th-century enslaved African man, forcibly transported to the Caribbean to grow South Asian sugarcane for English consumers. Or the story of an early-modern South American indigenous person, put to work in the Bolivian silver mines, so fat cats in Europe could buy Chinese porcelain and Indian Ocean spices.

And yet this long history of globalization is rarely invoked in contemporary debates over globalization—most recently in the wrangling between Congress and President Obama over the Trans-Pacific Partnership (TPP) trade deal (currently stuck in legislative limbo until at least late July, as President Obama and House Speaker John Boehner search for a path forward). Instead, pundits focus on the abstract metrics that tend to dominate discussions of today’s political economy. Proponents argue, for instance, that TPP and other trade deals will boost economic efficiency and lead to cost savings for consumers by removing barriers to trade. Opponents, on the other hand, contend that it will kill jobs and erode both labor and consumer protections. (They also argue that it’s an offense against democratic transparency—but that’s another story.)

Lost in conversations surrounding globalization, however, is the kind of concrete, human-scale perspective that history can provide: a perspective that would seem to support a course of caution on TPP, lest we overtax the human capacity for wrenching social and economic change. Especially relevant, in this instance, is the story of an earlier flashpoint in the history of globalization: a moment, spanning the early 19th century, when dramatic shifts in transportation technology, investment, and infrastructure put a growing number of backwoods Americans into contact with wider, increasingly-global markets.

These developments had their advantages. The construction of the Erie Canal—linking the Hudson River with the Great Lakes—meant that farmers as far west as Wisconsin now had easy access to New York’s networks of goods and buyers. An advantageously placed railroad put two-bit towns, denied the blessings of a navigable river, in touch with a wider world of people and things. Steamboats, improved oceangoing vessels, and the telegraph radically reduced the time and cost associated with both transportation and communication.

The result was a broadening of Americans’ economic horizons. For some, like a hardscrabble Illinoisan named Abraham Lincoln, these developments were a godsend. Markets and infrastructure, meant education and opportunity for the young Lincoln—an antidote to the material privation of his rural childhood and an escape from the small, narrow life that his log-cabin upbringing seemed to offer. Not surprisingly, these early experiences made him a life-long advocate of what contemporaries called ‘internal improvements’: public investments in infrastructure and technology designed to integrate American markets with one another and with the wider world.

Of course, these early benefits of globalization also came at a steep cost. The ability of Wisconsin farmers to sell grain in Europe and beyond meant they were now vulnerable to distant, dangerous and unpredictable oscillations in global cereal markets. And new urban credit instruments—carried to rural areas on the same canals, railroads and steamboats that brought clocks, clothing and other desirable consumer goods—not only expanded possibilities for gain but for failure as well.

Indeed, for every cagey backwoods entrepreneur who made a fortune from these new possibilities—using bank loans to successfully speculate in Western lands or purchase new fields on which to grow grain for the lucrative export trade—one or more of his neighbors likely failed. Financial neophytes of the first order, some omitted to read the fine print of their loans, and soon found themselves buried under mountains of interests. Others, meanwhile, simply had poor timing. When financial disaster struck—as it did in 1819, 1837, and again in 1857—those with outstanding debt found the international markets on which they increasingly depended callously slack. Left without the cash flow to meet their credit obligations, their creditors—unsurprisingly—were quick to pounce.

Beset by the specters of foreclosure and dispossession (sound familiar?), many of the casualties in this early round of globalization took flight for the cold comfort or urban wage labor. In this process, too, there would be winners and losers: those who preferred urban energy to rural somnolence, commercial and manufacturing work to backbreaking agricultural toil.

For nearly all who went through this process of dispossession and migration, it would be a wrenching one: a profound shift in the pace and content of their work, in the rhythms of their lives, in their social and cultural horizons, in their identity and sense of self. Those who experienced it, from rural Midwestern families and Irish potato farmers to German peasants and countless others, would never forget the transformation they underwent.

These changes, one might argue, were inevitable. And, in the aggregate, they were positive. The march of globalization has, overall, produced a more prosperous and cosmopolitan planet, releasing large swaths of humanity from the grip of parochialism and privation in the process. Those who argue otherwise have engaged in a rather selective reading of the human past.

But, just because the aggregate outcome of social and economic change was positive, doesn’t mean that it was easy for the people who experienced it. Indeed, the experience of economic modernization was so unsettling for some Americans, that many 19th-century politicians, including the otherwise reprehensible Andrew Jackson, struggled to slow—if not halt—the version of globalization that was shaking their constituents’ world. Vilifying federal support for everything from banking to infrastructure, these politicians sought to preserve what they saw as a traditional way of life for as long as possible.

Today, many Americans likely struggle to understand what these politicians were all about. Who wouldn’t want a functional national banking system or decent roads, they might ask. But, in many respects, the political questions these early American politicians were navigating were remarkably similar to the ones at the heart of the TPP debate: how to embrace the benefits of social and economic change, while making those changes manageable in human terms. How to have a dynamic economy without overtaxing individuals’ capacity for change.

Then as now, we would do well to err on the side of caution: to welcome aspects of globalization without providing it undue encouragement. Change will come—with all its promises and pitfalls—regardless of what Congress and the President decide on TPP. But our elected officials needn’t make that process more jarring by removing some of the last remaining brakes on globalization. 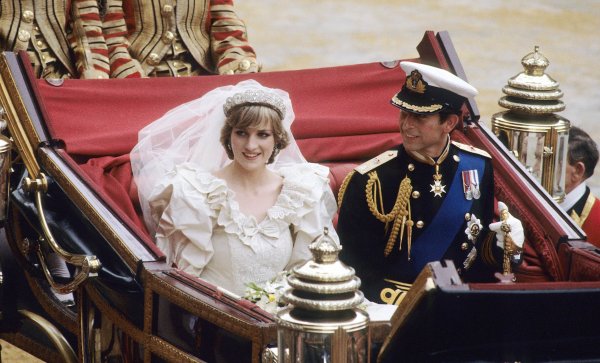 17 Most Intriguing Weddings of All Time
Next Up: Editor's Pick