Arminda Murillo reads an Obamacare leaflet at a health-insurance-enrollment event in Cudahy, Calif., on March 27, 2014
Lucy Nicholson—Reuters
By Kate Pickert

The Obama administration has been on a publicity blitz ahead of Monday’s deadline to enroll in health insurance under the Affordable Care Act, bracing for a last-minute flood of customers that could spark new technical problems.

Uninsured Americans who do not start the process of signing up for coverage by March 31 may face federal fines under the health care reform law. The so-called individual mandate is one of the most unpopular provisions in the health care law, but it’s also a crucial lever for drawing healthy, young uninsured Americans into the insurance pool to even out the risk of insuring older and sicker enrollees. The Congressional Budget Office recently estimated that delaying the mandate one year would result in 13 million fewer Americans having health insurance by 2018. But even with the mandate in place, weak enforcement mechanisms and a slew of exemptions means the requirement to have health insurance under Obamacare packs less of a punch than many Americans assume.

The fines start off very small

For 2014, an uninsured adult subject to the individual mandate penalty will have to pay the federal government $95 or one percent of his or her income, whichever is greater. But the fine is prorated to only the time period the person is uninsured. Plus, the only earnings included in the one percent formula are those above the federal income tax filing limit, which was $10,000 in 2013. The mandate penalty increases to $325 or two percent of taxable income in 2015 and $695 or 2.5 percent of taxable income in 2016. “The thinking was that you tap them on the wrist the first year and then it gets bigger,” says Timothy Jost, a law professor at Washington and Lee University and a policy expert on the ACA.

Native Americans, undocumented immigrants, prisoners and those with religious objections to health insurance are exempted from the individual mandate penalty. There are also exemptions based on earning power and affordability. Those who do not earn enough to file income tax returns are exempt. If the lowest priced health plans available through a person’s ACA exchange costs more than eight percent of his or her household income, he or she is exempt. The Department of Health and Human Services (HHS) also says those who experience specific setbacks which indicate financial hardship are exempt. These include being homeless, getting evicted or facing eviction or foreclosure, receiving a shutoff notice from a utility company, being the victim of a natural or man-made disaster like flood or fire, filing for bankruptcy or racking up unaffordable medical expenses or increased costs from caring for an ill, disabled or aging family members. There are also exemptions for victims of domestic violence and those who experience the death of an immediate family.

After the Supreme Court ruled in 2012 that expanding Medicaid, a cornerstone of the ACA’s strategy for increasing insurance coverage, was optional for states, HHS added another exemption. Those who would have been covered by Medicaid if their states had expanded the program are exempt from the mandate and penalty if their state declines. Then last fall, after insurance companies canceled individual private plans that did not comply with the ACA’s new rules and regulation, HHS added a new exemption for people previously covered under those plans. After a nationwide uproar over the cancellations, HHS said that those whose plans were canceled could avoid the mandate and penalty in 2014 if they “believe other Marketplace plans are unaffordable.”

And lastly, HHS added a brand new exemption category in December, after a federal exchange website and some run by states launched in October and were plagued with major technical problems. On a web page explaining individual mandate exemptions, HHS says uninsured Americans who “experienced another hardship in obtaining health insurance” would qualify. While more detail on what constitutes “hardship” in these cases is not available, Jost said it’s likely HHS would require some proof. “It’s not going to be enough to say that I called the [ACA] call center and the line was busy,” he says.

The ACA statute specifically says that an uninsured person not exempted from the mandate cannot be criminally prosecuted or jailed for refusing or failing to pay the fine. The IRS is also barred from placing liens or levies on property in an effort to collect the ACA fine. This means the only way the IRS can force a person to pay an individual mandate penalty is by withholding the penalty amount from a tax refund. This is an effective tool, but only applicable to individuals who are owed a refund. Everyone else just gets a letter from the IRS asking them to pay up.

In addition to the possibility they could be forced to pay individual mandate penalties, there is another reason uninsured Americans may want to sign up for health coverage by March 31. They will not have another opportunity until November when the 2015 open enrollment period begins (those who have a specific life event that affects their coverage—like a marriage or job loss—will be allowed to purchase plans in the interim).

Anticipating a crush of procrastinating uninsured Americans trying to sign up for health insurance at the last minute, HHS announced last week that those who begin, but do not finish, the enrollment process by March 31 will be able to complete their applications after that date. The move was a sign the Obama administration realizes heavy last-minute demand may cause online technical problems with the ACA’s exchanges in the final days of the six-month open enrollment period.

“I would not be amazed if there were problems the last day and I would not be completely amazed if they added an extra day,” Jost says. “But it really wouldn’t make any difference. The main thing is that we finish the open enrollment so insurers can figure out what they’ve got and what their premiums will be in 2015.” 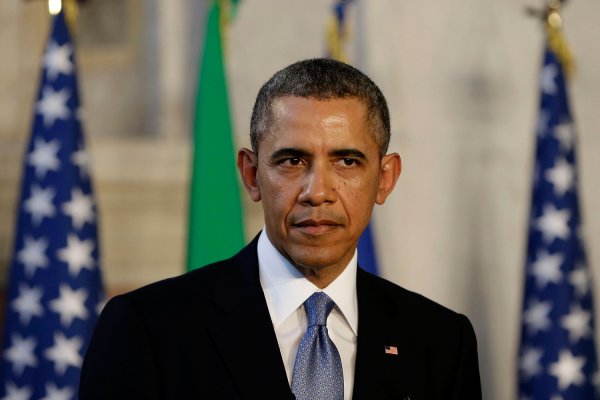