A man reads the koran as Indonesian Muslims wait for the first day of Ramadan prayers at Al-azhar Mosque in Jakarta on June 17, 2015, to mark the Muslim holy fasting month.
Bay Ismoyo—AFP/Getty Images
By Katy Osborn

Wednesday evening is expected to mark the beginning of Ramadan, a month of sunrise-to-sunset fasting for nearly 1.6 billion Muslims across the world. But what exactly is Ramadan? Here’s a quick guide:

For Muslims, Ramadan is a holy month dedicated to prayer, Quran recitation, introspection and fasting during the sunlight hours. But the Arabic word for fasting—sawm—doesn’t only refer to abstaining from food or drink. It translates literally to “refrain,” and encompasses abstinence from food, drink, having sex, and all evil thoughts and deeds in the interest of self-purification. Muslims observing the holy month break the daily fast with an evening meal called Iftar, often beginning with a few sips of water or something sweet, like an odd number of dates.

What’s the religious significance of Ramadan?

Ramadan is believed to be the holiest month of the year within Islam, and the month in which the Quran was revealed to the prophet Muhammad. In this month, the gates to heaven are believed to be open and the gates to hell closed. Muslims are instructed to fast in the Surat Al-Baqarah, the second and longest chapter of the Quran.

Technically, all “healthy” Muslims are expected to fast, but there are a number of exceptions. Children, elderly people and pregnant, post-natal, breastfeeding or menstruating women are exempt, as are travelers or people who are physically or mentally ill. Non-fasters can compensate by fasting at a later date or feeding a person in need.

The date of Ramadan is determined by the lunar calendar, so it falls about 11 days earlier each year than it did the year prior. The task of fasting is considerably more demanding when Ramadan falls in the summer months, as there are many more hours of daylight and warmer temperatures can be taxing on the body. This year, Ramadan will coincide with the summer solstice in the Northern Hemisphere on June 21, the longest day of the year in that part of the world. There will be 15 hours of daylight.

Why is Wednesday evening the “expected” beginning of Ramadan?

The precise beginning of the lunar month—and thus, Ramadan—can only be confirmed by the sighting of a slender crescent moon in the sky. Prominent mosques or committees of Muslim scholars often hold meetings to deliberate the sightings, sometimes leading to rival dates for the beginning and end of Ramadan. This year, Ramadan is expected to begin on the evening of June 17 or 18 and last 29 or 30 days, depending on the length of the lunar month and on Wednesday night’s sightings. 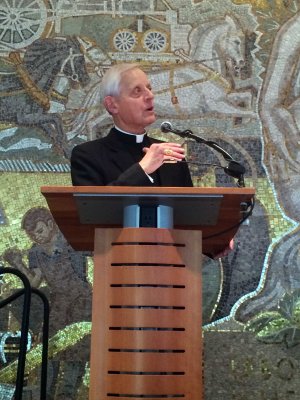 Labor Hopes for Bump From Pope Francis Visit
Next Up: Editor's Pick