Don't Root for the Game of Thrones White Walkers Just Yet

The Season 5 finale of Game of Thrones, a body-count extravaganza even by the HBO series’ carnivorous standards, has boosted an unusual form of protest: sympathy for the ice zombies. Angry fans have taken to Twitter to declare that they are now rooting for #TeamWhiteWalkers, the undead army threatening to overrun the land and destroy humanity. The show’s world, Westeros, they say, is so horrible that it doesn’t deserve to survive, and besides, the White Walkers couldn’t be any worse than its current masters.

It’s an ironic lament, given that the A Song of Ice and Fire, the multivolume epic by George R.R. Martin on which the series is based, and the show have often been praised for their “gritty” and “realistic” approach to fantasy, in contrast to, say, J.R.R. Tolkien’s Lord of the Rings. In Martin’s world, virtue is not rewarded, the innocent suffer as much as the guilty, base motives are far more common than noble ones, and life’s seamy underside—from grisly violence to prostitution—is unflinchingly portrayed. But can the grittiness of Thrones be too much of a good thing—and are we wrong to equate “grim” with “realistic”?

When the series is criticized for excessive brutality and sexual violence, the standard defense is that it is portraying a fantasy version of late medieval Europe, a society not known for its humane or egalitarian attitudes. Yet historians say that life in medieval European societies, however unpleasant by modern standards, generally wasn’t quite as nasty, brutish, and short as in Martin’s Westeros (even making allowances for its wartime status). No feudal house of medieval Europe had a flayed man on its banners, as House Bolton does in Westeros. No medieval religion practiced human sacrifice, as Melisandre’s cult of the “Lord of Light” does. Monsters such as Joffrey Baratheon, Gregor Clegane and Ramsay Bolton certainly existed, but their relative frequency in the Game of Thrones cast of characters is more a matter of artistic choice than (pseudo-)historical accuracy.

Westeros also seems largely bereft of the things of lasting value created by medieval and early-Renaissance European civilization. The War of the Roses, the prototype for the series’ War of Five Kings, took place in the second half of the 15th Century, an era that also saw a remarkable flourishing of art, culture, and knowledge. Leonardo da Vinci and Sandro Botticelli were starting their careers in Italy, Geoffrey Chaucer’s Canterbury Tales were published in England, the library at Oxford was founded, and the printing press, invented around 1440, turned books from the province of scholars and clerics into a pleasure for much larger audiences, with first-time printings of earlier medieval masterpieces as Dante Alighieri’s Divine Comedy, Giovanni Boccaccio’s Decameron, and the works of Plato and the first treatise on astronomy. The 15th Century also had mystics such as Margery Kempe and pioneering humanist philosophers such as Giovanni Pico della Mirandola.

In earlier centuries, too, the brutality and squalor of medieval life coexisted with remarkable creativity, pursuit of knowledge, and spiritual aspirations that were about faith and charity, not fanaticism. Compare Martin’s saga and its HBO incarnation to Ken Follett’s 1989 historical novel Pillars of the Earth, and the 2010 cable miniseries based on it. Pillars, like Game of Thrones, deals with an internecine war for the throne and portrays plenty of wanton violence. But it also has leading characters passionately devoted to the construction of a great cathedral, which the miniseries’ last shot shows in modern times to emphasize that their quest endures. Meanwhile, on Game of Thrones, one character who had a visible passion for knowledge—Stannis Baratheon’s daughter Shireen—met a horrible death this season, burned at the stake in a fruitless sacrifice.

Something else missing from the world of Game of Thrones is civic discourse. While the feudal social order was authoritarian and often harshly oppressive, it also allowed for a constant process of negotiating the liberties and immunities of different classes. The Magna Carta, whose 800th anniversary fell on the day after the season finale, was one of many medieval charters limiting the powers of rulers and defining the rights of subjects. Of course, too often—especially in times of war—such documents offered little effective protection against the powerful, but if nothing else, they made the concept of personal rights and freedoms a part of societal values. In Westeros, the very existence of a Magna Carta equivalent seems almost unthinkable.

Perhaps Game of Thrones is fitting fantasy for a cynical time in which civic discourse is widely assumed to be a façade for power-grabbing and the notion of transcendent or enduring value is in doubt. But is a world of almost relentless brutality and grotesque sadism more realistic than fairy-tales of chivalrous knights and fair ladies?

I think the world of Ice and Fire has enough goodness to root for humanity. This isn’t a story in which all the good people inevitably turn out to have some inner rot, or turn bad given the right incentive. True, a distressing number of them are now checkmarks in the body count. But we still have Sam Tarly, a character with a hunger for learning, and his brave and loyal companion Gilly (and her baby). There are still the honorable Brienne and Ser Davos; there are Daenerys, Tyrion and friends; there are Sansa and even Theon. Perhaps in the upcoming books and seasons, we will see more of the human spirit prevailing.

But Game of Thrones, along with Martin’s saga, is still a compelling illustration of the basic truth that when fiction offers an unflinching look at the ugliness of life, it should not lose sight of the better things that are no less real—and that make survival worthwhile. 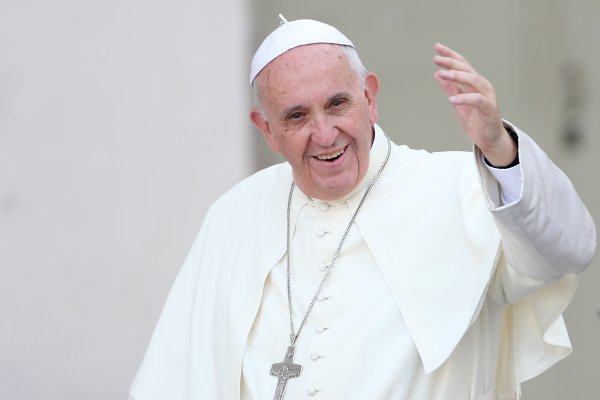