The BBC announced on Tuesday that a new host has been chosen to replace Jeremy Clarkson on the hit auto show Top Gear — British TV and radio personality Chris Evans. The 49-year-old car lover signed a three-year deal as the lead presenter of an all-new line-up for the show, after Clarkson was fired for assaulting a producer.

But while Clarkson and his former co-hosts Richard Hammond and James May have built up a devoted fanbase around the globe — Top Gear is watched by a staggering 350 million viewers worldwide — Evans is relatively unknown outside the U.K. Before he takes the wheel of the show, which will begin production in the next few weeks, here are five things to know about the new Top Gear host.

1. He’s not Captain America — That’s an entirely different Chris Evans, who has not only starred in the Captain America and Avengers franchises, but also appeared in Scott Pilgrim vs The World and Snowpiercer.

2. But he has had an incredibly successful broadcast career — Not only has Evans hosted more than a dozen popular radio and television shows in the U.K., he also founded his own media production company in 1994. In 2000, that company — which had grown considerably since — was sold for £225 million ($354 million), which landed Evans on the Sunday Times of London’s Rich List.

3. Though he’s no stranger to controversy — Just like former Top Gear host Clarkson, Evans has gotten into a fair share of trouble over the years. (It’s no surprise that Evans and Clarkson are long-time friends.) His list of transgressions includes: grilling his assistant about her sex life live on the radio, refusing to show up for work after taking his crew on a 17-hour bender, making jokes about Anne Frank on-air and being photographed passed out in front of a stripper.

4. He (reportedly) dated a Spice Girl — In addition to being a constant presence on TV and the radio in the U.K., Evans has also been a fixture in the British tabloids for his love life. He’s been married three times — once to British pop star-turned-actress Billie Piper, who was still a teenager at the time of the wedding — and has been romantically linked to “Kids in America” singer Kim Wilde, one time model Rachel Tatton-Brown and former Ginger Spice, Gerri Halliwell.

5. He has the blessing of Top Gear‘s former hosts — Evans told BBC Radio 2 in an interview that he had texted Clarkson, Hammond and May before his hosting gig was announced and that both Hammond and Clarkson had replied with a genial “good luck.” 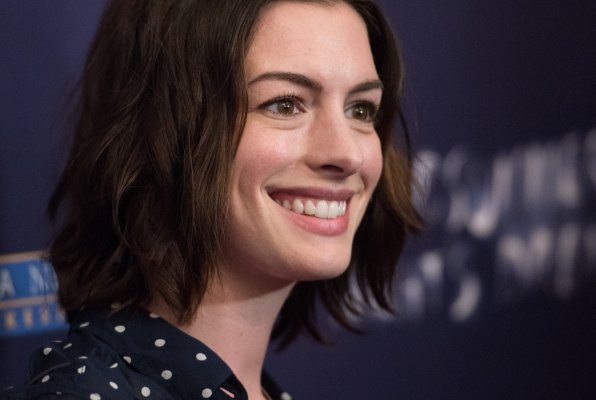 The Princess Diaries 3 May Actually Become Reality
Next Up: Editor's Pick