Indian Politician Manhandles Airhostess, Threatens to Hit Her With His Slipper

An Indian politician allegedly forced a plane into an early landing in New Delhi and prompted a request for extra security at the gate, after an airhostess complained that he behaved inappropriately and threatened members of the crew.

The complaint, a copy of which was obtained by the Times of India, alleges that Rajesh Ranjan, a.k.a Pappu Yadav, a member of parliament from the state of Bihar recently expelled from his own party, tried to throw leftover food in the cabin aisle.

“While having lunch on the flight, 1A (Pappu’s seat number) dropped the dessert on his bag kept near his feet and asked the crew to clean it,” the complaint from the airhostess reads, going on to state that Yadav told the crew that lawmakers don’t do cleanup work, took off his slipper and waved it at them. He “told the crew he would hit them with it if the crew told him anything,” the complaint says.

Yadav denied all the accusations against him and told the Times that the crew had issues with four other business class passengers. He also asked why there has not been an official police complaint, and that action against him was impossible without one. “It’s a political conspiracy against me,” he told a news channel.

This is not the first time Yadav, a “VVIP,” has been in trouble with the authorities. He was jailed for the murder of a political rival in 2008 but was acquitted in 2013. Prior to his conviction, he allegedly re-entered a prison where he had been detained after he was released on official bail and held a party for the other inmates.

And according to the most recent complaint, he has far from mellowed in recent years. “For landing, 1A refused to upright his seat and unfastened his seat belt… After opening doors, 1A manhandled me and pushed me aside with force to get out of the aircraft…. I went to the cockpit to inform the captain,” the air hostess said in the complaint. “I was in tears and physically hurt.” 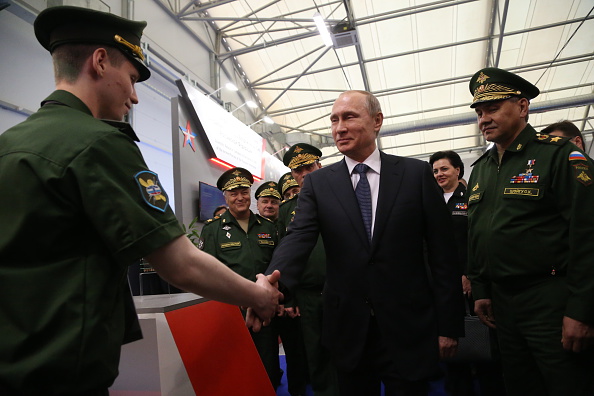 Russia Just Opened a Theme Park for Warmongers
Next Up: Editor's Pick